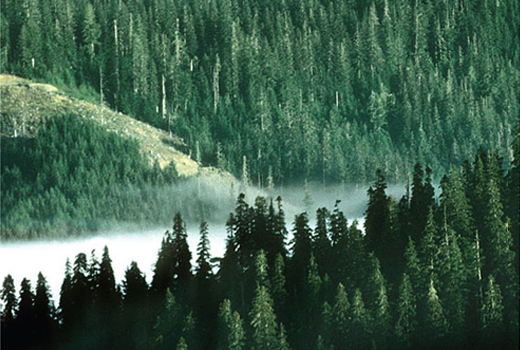 Our Sustainable Doctrine of Discovery

Scientists are undergoing a sustainable “ritual of discovery” and marking their territories by claiming “new” processes and procedures with their respective university’s or organization’s “flag.” Examples include “new” initiatives such as “ecosystem management,” “certified ‘green’ products” and “sustainable forestry.” “Discovery” implies symbolic possession and is continuously imbued with the attendant organization’s attempt to justify its “claim” or philosophy as the one true method – whether it’s green certification, carbon credits or the next bio-something – to save the planet.

Ironically, the Doctrine of Discovery was historically used by Europeans in much the same way to claim ownership over tribal lands throughout the continent. They accomplished this goal by claiming the land “terra nullus,” meaning that the land was not being used. Their obvious ignorance not only disrespected tribal values and culture but also epitomized their complete lack of any qualitative understanding of the value of land per se.

Hundreds of years later the same mindset continues as western culture identifies land with a value for a single generation or for even a few generations. For example, symbolic sustainable flags were “planted” in forests in the name of Gifford Pinchot. Yes, he did represent values and philosophies that were ahead of his time compared to the thencurrent European philosophies. However, these forward thinking philosophies were still very backward when compared to millennia old American Indian philosophy. The “new American” values were developed by one person in one lifetime or in one generation; whereas, tribal values for their landscapes were developed over many generations and millennia.

Since the beginning of their existence, tribal people lived sustainably using this “terra nullus” land for hunting, gathering, grazing and spiritual existence. Names associated with each place within tribal lands relate to their unique value over many generations. For example, “Wallulapumpo” was theWallaWalla,Wash., tribal name which meant “the place where the wind blew the grass like waves.” If you were to ask 10 people to describe Gifford Pinchot’s single value, you would probably get 10 answers. However, if you asked a tribal member who understood the Walla Walla language about the value of his or her peoples’ place, you could ask someone 5,000 years in the past or future and the answer would be the same: “the place where the wind blows the grass like waves.”

It’s been many years since the first Europeans set foot on tribal land. Unfortunately, many organizations either continue to completely ignore tribal input or give some symbolic “Dear Tribal Chairman” letter to ease their consciences. We could accomplish much more if we would move forward together by connecting tribes with governments and organizations; then we could develop “our (collective) doctrine of discovery.” One way to accomplish this goal is to organize forums or federally legislated committees consisting of state, tribal, county and municipal governments with multiple non-government organizations to be third-party monitors to the various resources under stress. In addition, we need to share and blend our western and tribal values and traditions to accomplish a value that will be understood 5,000 years from now.

Sustainable forums or treaty councils should be conducted much like the 1992 Rio, but we should also revisit and revise the European Document of Discovery from 1492 by including and acknowledging indigenous peoples’ rights and by furthering these rights via the mutual creation of “our” sustainable doctrine of discovery.