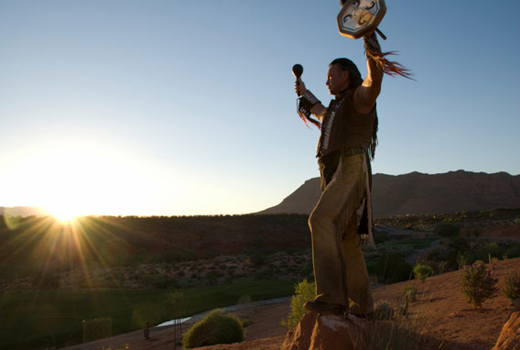 Not long ago, as a doctoral candidate at the University of Pennsylvania, I wrote my thesis on the Cowlitz Indian Tribe. Although I am concerned about the health and well-being of all people and the earth we share, my focus and life’s work is with Native Americans. The United States contains more than 600 Tribes (including Alaskan Natives) and each one has a unique culture. Although I cannot pretend to speak for all Native people, we all have a colonial history in common, which makes us similar in many ways. So often the public thinks we are extinct – that no “Indians” remain in the United States – but the fact is that we are growing in number. We are wise and intelligent, and work hard to keep our people and culture intact. We have large families, are strong and vital, and very resilient. This does not mean we are not troubled or that we do not suffer, because we do.

Native people suffer disproportionately in almost every way and experience discrimination of all kinds. They are poor – fully half live below the poverty line – and do not receive a good education. In Portland, Oregon, where I live, 75 percent of Native youth will not graduate from high school. In addition, 67 percent of Native Americans live off reservation, mainly in the cities. For example, almost 40,000 live in Portland, which makes it the 9th largest Native-populated U.S. city. This statistic makes us urban dwellers, often far from home and Tribe.

For the past 100 years, Tribal people have moved into cities because they face dwindling resources in their home communities. Cities offer more opportunities for wage work. But, historically, many Native people did not choose to move from their home communities. They were forced to by the U.S. Federal government. Unfortunately, the problems that plagued them on reservations followed them to the cities, which were then compounded by past traumas of ecocide and culturcide – practices that still continue in varying degrees today.

I define “ecocide” as subverting or obliterating Native peoples’ access to their natural food sources, such as deer and fish. For example, the Columbia River waterways were destroyed, thus making it impossible for the Cowlitz and other Tribes to fish for food and barter as they once did. Enormous dams, such as the Bonneville, were built with fish hatcheries placed below the dam so fish did not return to the upper rivers where Native people traditionally fished (www.turtleislandstorytellers.com). 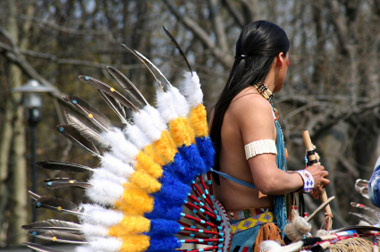 I define “culturcide” as removing and/or prohibiting a person from his/her cultural practices. Many people are unaware that U.S. Federal government laws forbade my and other Native ancestors from practicing traditional and spiritual ceremonies. They were also forbidden to speak their native languages and to practice their native religions. Children were forcibly removed from their families and placed far away in white, Christian boarding schools where they were required to denounce their culture and religion. These laws were common as recently as 1978, which means they continue to profoundly impact present day Native peoples.

Though the story of Native Americans in the United States is a difficult one to tell, it is by no means unique. Many among the worlds’ indigenous peoples have suffered the effects of ecological and cultural degradation – the more recent now caused by corporate license and greed. This has led and continues to lead to disproportionate health problems from diseases such as diabetes and alcoholism. Centuries of government oppression, racism and attempts at genocide have left them depleted, yet not diminished. Today, more than ever, movements abound to heal Native Tribes and their families.

In this context, access to and understanding of land, especially one’s home land, is important. But many Native people, especially those living in the city, have lost or are in danger of losing their connection to the land. Once, all the world’s people lived closely on the land; they knew it intimately, and it provided for them. It was the lifeblood of our ancestors, our present generations and a promise of hope for future generations. Great spiritual traditions arose from this connection, as well as practical, natural and nutritious resources, which healed mind, body and spirit.

Spirituality is connected to the earth, which is why traditional practices that are revisited in the present can contribute to our ability to once again heal body and mind. Through a renewal of cultural identity, we can grow stronger as individuals and as a people. And, when our bodies and minds are whole, our spirits are whole, and we can heal the earth. In this context I want to recount a berry-picking story, because stories are how my people have shared and learned life lessons for many generations. 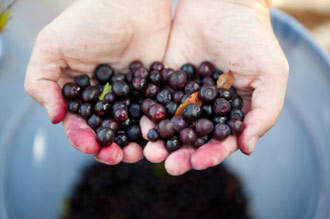 I grew up picking berries – every summer the same thing. I would trudge with my parents up a remote trail in the blistering summer heat, dive deep into stickers and briars, and pick for hours until my feet were numb and my fingers were black from berry dye. I never knew why I picked berries or why I had to pick them. My non-Native friends certainly did not pick berries. But, my family, and especially my grandmother, all picked berries. In fact, my grandmother picked many things.

The tribal women I am descended from suffered oppression and poverty. Because she could earn a living no other way, my grandmother wandered the forest to pick bracken and Maidenhair Fern for florists. She would pick pounds and pounds of fern for scant money. It was what she had to do to survive. Grandmother brought great sheaths of fern down from the hills. “Stronger than any man,” my mother would boast, and it was true. She also picked berries – redcaps, tiny and piquant blackberries, salmon– and huckleberries. And, when they ran, she drew smelt from the rivers in great, full nets.

When I was a child, my grandmother Rose spent hours with me. It is her name – the name of a French Canadian fur trapper – that I took when I married: Dupree. When I was a child, I would beg her to speak the mongrel French of the fur trapper. While she taught me the word for love – “amour” – she refused to speak Salish, the language of her Cowlitz tribe. About matters of being Cowlitz she was silent. More accurately, she was silenced. So it is that I, like many Native people, had no real access to my traditional ways. I picked berries, sure, but I did not know how important it was until 2010, when I spent a week with my Yakama Tribal sisters picking berries on Mount Adams.

Although once again thriving among the Yakama people, it was not always this way. Not long ago, women picked in isolated groups or not at all. The ceremony traditionally surrounding the picking was infrequently practiced. The great feast following the ceremony was forbidden or discouraged. Only within the past 40 years or so has a movement begun among Native peoples nationwide to renew food traditions and food ceremonies.

Huckleberry picking is reserved for tribal woman and children. It is a sacred activity, and I was honored to go along. In late July on a Monday, I journeyed with about two dozen women and children up through Yakama sacred land and over to the base to the broad hips of Mount Adams. We traveled to berry sites where we spent three days picking berries. Our nights were spent camping and having meals and prayer together. 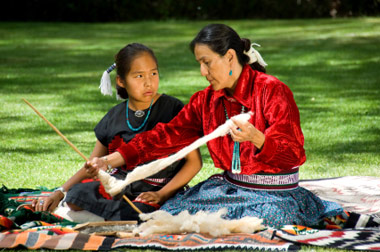 Each day we would put on our traditional dress, hat and moccasins and get ready before Creator, or God. We would then gather at a berry ground where the wild fruit was most plentiful. Placing berries carefully in our baskets, we would pick for hours clothed in traditional wear with long dresses, braids and head kerchiefs. We sang to the berries a traditional song as we dropped the berries into our baskets. We took care not to eat a single one. Before we picked and after, we would gather to eat and to pray. At the end of each day’s picking, we placed our berries together in preparation for a huge feast and ceremony that would happen at the end of the week.

The first huckleberry feast feeds hundreds of people, as it gathers together all the men and women of a tribe and region. They meet in a traditional longhouse and dance upon the “wash” or sacred floor. I can tell you that my first dance upon the wash, after picking berries, was one of the most sacred and profound moments of my life. After all those summers with my family picking berries in isolation, I finally understood why I picked them. We do it because it nourishes us. We do it because it nourishes our body, spirit and soul.

You see, huckleberries grow together and cannot be separated or removed from each other, or from the land on which they grow. I take my lesson from the huckleberry seriously. I take it to mean that without the other, the one will perish. So it is that we need each other. We need to be together, and we need to remember. We need to bind our roots and to understand that our roots and rituals give us power, give us ground and give us healing.

Many people understand that their relationship to the land is as rightful and sacred as any law. Those of us who love the land wander deep in the woods to harvest sacred berries and wade in remote ancestral rivers. When we do so we remember and imagine who we were and act accordingly. In doing so, we reclaim our spiritual connection to our land and to ourselves. In doing so, we heal our hearts and bodies and so heal the earth with understanding, strength and love. 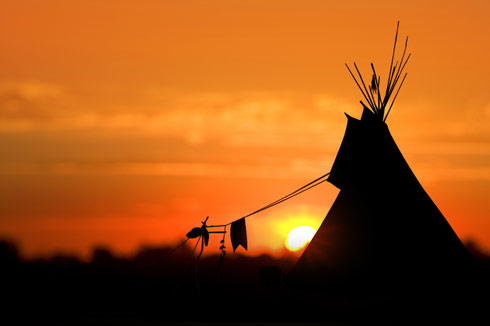