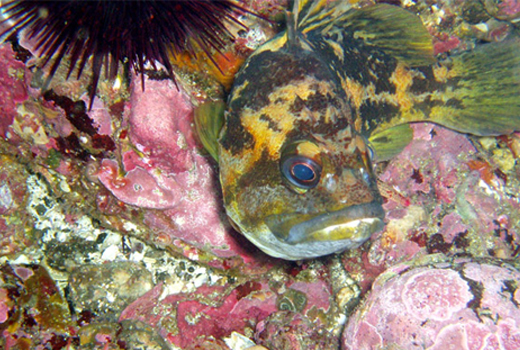 It is no secret that oceans are ailing. Statistics abound to remind people of their precarious state: Catch is declining even as fishing efforts increase; once iconic stocks now face collapse, and government fishing industry subsidies incentivize further destruction. That oceans are in peril is beyond dispute. What is less widely reported is the hope for a solution. Experts know how to bring oceans back to a state of relative abundance, which is critical because world population is projected to tick upwards of nine billion by mid-century. And the United Nations (UN) estimates demand for food will grow by 70 percent. Discussions of where all this extra food will come from often overlooks wild fisheries, assuming their perpetual decline. But, if managed wisely, oceans can rebound, thus continuing to provide a vital source of protein for hundreds of millions of people – even becoming more productive than today.

Precisely to what degree oceans are struggling was the subject of a recent study in the journal Science. In “Status and Solutions for the World’s Unassessed Fisheries” published in September 2012, researchers from the University of Washington and University of California bleakly relate that 63 percent of global fisheries are overexploited. But within the same study are the seeds of ocean recovery. Amazingly, the authors assert, fishery yields could increase up to 40 percent and biomass in oceans could jump 56 percent with better management. By Oceana’s calculation, well-managed world fisheries could yield a nutritious meal every day to 700 million people, many of whom are now living in the poorest, most hunger-prone countries on earth.

Luckily, experts know how to engineer this recovery and, encouragingly, it starts with sensible reform at largely a regional level: 53 percent of the oceans’ wild fish are caught in the ocean territory of just 10 countries. What is sensible reform? Restoring the world’s fisheries comes down to three simple principles: 1.) protecting habitat, 2.) reducing bycatch and 3.) setting scientifically based quotas.

Fish, like many humans, begin their lives in nurseries. Oftentimes these nurseries take the shape of complex benthic habitat like those found on seamounts or deep-sea coral forests and sponge communities. As one study published in the journal Nature demonstrated, this sort of crucial habitat can be reduced to the appearance of a “ploughed field” or clear-cut forest with one pass of a factory bottom trawler. In other words, without protection, fish nurseries are subject to obliteration. Every year bottom trawlers “plough” a portion of the seafloor equivalent to twice the area of the continental United States. Protecting vital habitat from such depredation is a necessary step to ensure the next generation of fish. And, organizations like Oceana have successfully sought such protections.

In 2006, the National Oceanic and Atmospheric Administration (NOAA) agreed to protect 140,000 square miles off California from bottom trawling. In 2010, Belize was one of the first countries in the world to impose a ban on all trawling in its waters. And just this month the Chilean senate voted to forbid trawling on all 118 seamounts in its ocean territory. This came just after the country announced it would greatly expand a 58,000 square mile marine park of seamounts near Easter Island originally designated in 2010. Seamounts are biological hotspots – underwater mountain ranges where nutrient-rich water upwells from the deep, thus fueling an explosion of life and biodiversity. Chile, Belize and others are beginning to recognize that protecting these types of habitat is not only good for the environment but it can also have economic payoffs down the road as fisheries rebuild. The example of these countries and the momentum they have generated should inspire others to do the same. 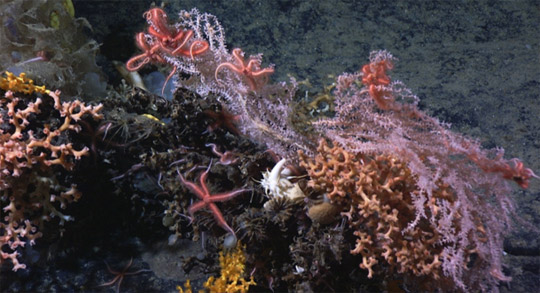 Second, if fish protein – among the healthiest sources of protein available to the discerning diner – is to continue to provide the world with a sizable portion of its calories in the coming century, there needs to be an end to the monumental scale of waste currently associated with the fishing industry. Every year more than 16 billion pounds of fish catch ends up discarded by fishermen. According to a report by the National Marine Fisheries Service, in the Northeast alone, more than 156 million pounds of fish were thrown overboard in 2012. Some trawlers were found discarding more than one-half of the fish they caught.

Perhaps most troubling, the report found that in more than one-half of the fishing fleet – from North Carolina to Maine – no information was collected about the volume or type of fish ships were throwing away. If almost nothing is known about the billions of tons of discarded fish, it becomes nearly impossible to set responsible quotas for what is left and to protect those species already facing collapse. That is why every fish, marine mammal, turtle and seabird caught by the fishing industry as “incidental” needs to be counted. To do that, it is vital to step-up monitoring efforts by increasing on-board observers and by setting hard annual limits on what ships are allowed to toss overboard. Once those limits are reached, the fishery should be shut down for the rest of the year to allow stocks to recover.

Where this has been tried it has worked. In Alaska hard limits were imposed on salmon caught by the pollock industry in 2009 and 2011, and it has been a lifeline for the Chinook salmon stock hammered as incidental catch. In 2012, the pollock industry registered their lowest levels of Chinook bycatch in a decade. And next year in Alaska new limits go into effect to reduce the amount of halibut caught by the pollock fleet by 300 tons, hopefully providing some relief to a floundering fishery synonymous with the region.

Lastly, countries with sizeable fisheries need to adopt science-based quotas. It might seem counterintuitive that strict ecologically minded quotas could actually increase the amount of fish people are able to take out of the ocean. But, that has been exactly the case wherever such an approach has been tried. In the Bay of Biscay Spanish fishermen are celebrating a renewed abundance of anchovy in the wake of a new European Union approach in which catch limits hew closely to the best available science. This abundance comes after a decade of flat lining and disappearing anchovy populations, even as the fishing industry pushed for ever more lax catch limits.

Closer to home, arrival of striped bass in Atlantic estuaries is once again a rite of spring after the fish were driven to near extinction in the 1980s by fishing fleets racing to catch the last fish. In 1983, 3.5 million pounds of striped bass were caught. In 2006, after decades of biologically informed management and catch limits conforming to what the stock would allow, the fishery peaked at a record 29.3 million pounds. As these examples and the Science study attest, fishery yields actually increase when regulators put fish first. 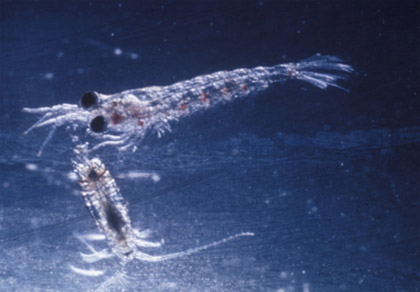 In November 2012, the California Fish and Game Commission set the new gold standard in this arena by adopting regulations emphasizing not just impacts of catch limits on any one fishery but also impacts those catch limits have on the entire ecosystem. In their management of forage fish, the Commission has recognized that decimating stocks of anchovy, herring or krill have consequences, which rattle insidiously throughout the entire food web. Forage fish underwrite the great profusion of life in the California Current ecosystem, one of the most productive on earth – the Blue Serengeti.

The Commission recognized that great shoals of krill become the 100-foot blue whale, swirling masses of herring become the California sea lion, which, in turn, become the great white shark. They recognized that forage fish feed a range of larger, commercially valuable fish species like Chinook salmon, albacore tuna, bluefin tuna, marlin, rockfish, California halibut, lingcod, sablefish and white seabass. Until now little regulatory muscle has been put behind protecting these fish, the majority of which are ground-up and sold as meal for unsustainable global aquaculture operations or used to feed livestock. But it is this movement away from single-species to ecosystem-based management that is the way of the future if oceans are going to continue to provide humanity as they have for millennia.

Currently almost one billion people do not have enough to eat; more than 400 million of whom live in major fishing countries. The study in Science is frank about the sorts of small-scale artisanal fisheries many of these people depend on. “Small unassessed fisheries,” the authors write, “are in substantially worse condition than assessed fisheries.” If the fisheries of their ancestors are no longer viable, where will many of these people find their next meal? In the coming century the amount of arable land is expected to decline considerably in the face of more frequent drought, and access to fresh water will be on the wane. As more aspire to a resource-intensive Western diet, farmers and ranchers will be inexorably lured to deforest or otherwise develop invaluable natural areas like rainforests to meet the growing demand for food, thus compounding climate problems.

An alternative to this vision is one that takes seriously the bounty oceans can provide. Wild fisheries require no fresh water, use up no arable land and emit little in the way of greenhouse gases. While the untapped promise of wild fisheries is rarely discussed in international development circles, a more productive ocean could, in fact, continue to supply a growing population with up to 15 percent of its animal protein. The effort to restore oceans is more than an environmentalist cause celebre, it is a cornerstone of any realistic strategy to ensure global food security.

Global fish catch has been declining since 1988. This is in spite of a revolution of technological innovations in the industry, the pursuit of more and more remote stocks and the proliferation of larger, more destructive vessels. The harder people fish, the less fish there will be. But decline is not humanity’s fate. The oceans are amazingly resilient. Many fish spawn eggs by the millions, and some ecosystems are poised to flourish again, if only people will let them. If humanity is going to reverse this trend – if fisheries are going to increase in abundance to meet rising demands of a more crowded world – people need to keep the three tenets of good fisheries management in mind: 1.) protect habitat, 2.) reduce bycatch and 3.) institute science-based quotas. It sounds simple, but it will require nothing less than a fundamental change in humanity’s relationship to oceans they once thought were inexhaustible. It is only though this recognition of ocean vulnerability that people can restore it to abundance. 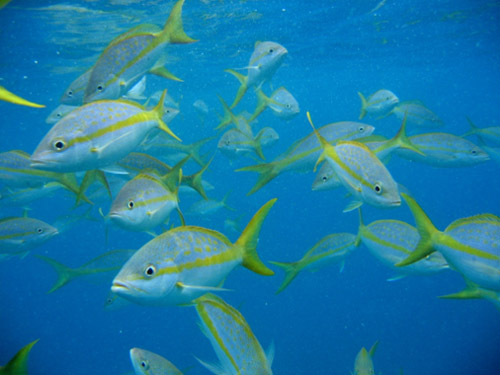 Andrew Sharpless has led Oceana since 2003 as its chief executive officer. Oceana, founded in late 2001, has grown to be the largest international conservation organization fully dedicated to protecting the oceans. Sharpless holds degrees from Harvard Law School, London School of Economics and Harvard College and is an advocate and manager with wide leadership experience in business and NGO start-ups. He served as executive vice president of Discovery.com, the online division of Discovery Communications, the cable television programmer behind The Discovery Channel, TLC, Animal Planet, Discovery Health and The Travel Channel. Prior to that, Sharpless was senior vice president of the initial management team that launched RealNetworks, the company that pioneered online streaming media. He was also a management consultant at McKinsey & Co. where he worked for a variety of corporate, non-profit and government clients.

Oceana, founded in 2001, is the largest international organization focused solely on ocean conservation. Its offices in North America, South America and Europe work together on a limited number of strategic, directed campaigns to achieve measurable outcomes that will help return Earth’s oceans to former levels of abundance. Oceana believes in the importance of science in identifying problems and solutions. The organization’s scientists work closely with its team of economists, lawyers and advocates to achieve tangible results for the oceans. For more information, please go to http://oceana.org/en.