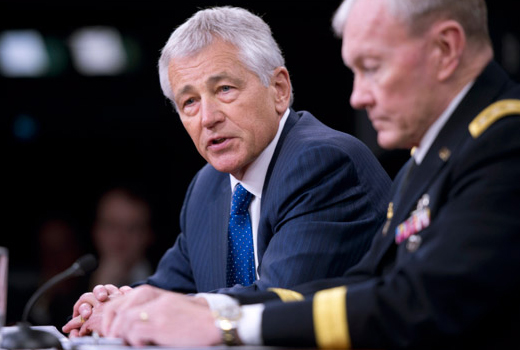 A May 14, 2013, memo from Secretary of Defense Chuck Hagel describes the operational impacts of sequestration upon the Department of Defense (DoD), which includes the furlough of most DoD civilians for up to 11 days, a backlog of facilities maintenance and adverse impacts to bases, stations and military readiness:

“I, along with the senior civilian and military leadership of the Department, have spent considerable time reviewing information related to the need for furloughs, and I would like to share with you the reasoning that led me to this difficult decision.

“Major budgetary shortfalls drove the basic furlough decision. On March 1, sequestration went into effect across the federal government. DoD’s budget for FY 2013 was reduced by $37 billion, including $20 billion in the operation and maintenance (O&M) accounts that pay many of our civilian workers. In addition, because our wartime budget is also subject to sequestration, we must utilize funds originally budgeted for other purposes in order to provide our troops at war with every resource they need. To compound our problems, when we estimated future wartime operating costs more than a year ago, we planned on fuel costs below what we are currently experiencing. Together, these factors lead to a shortfall in our O&M accounts of more than $30 billion – a level that exceeds 15 percent of our budget request with fewer than six months left in the fiscal year in which to accommodate this dramatic reduction in available resources.

“We are taking actions to reduce this shortfall. One main priority has governed our decisions: to minimize the adverse effects on our military mission, including military readiness. With this in mind, early this calendar year we cut back sharply on facilities maintenance and worked to hold down base operating costs – decisions we knew would build a backlog of maintenance and adversely affect our bases. We are also preparing a request to Congress that would permit us to shift some funding from investment and military personnel accounts into the O&M accounts. If approved by Congress, this initiative – known as a ‘reprogramming’ – would help close the gap. 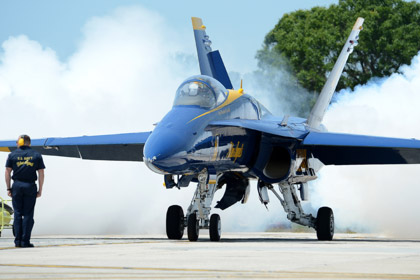 “But these actions are not enough. We have begun making sharp cuts in the training and maintenance of our operating forces – cutbacks that are seriously harming military readiness. The Army, for example, has terminated most remaining FY 2013 training rotations at its combat training centers. The Air Force has or soon will stop all flying at about one-third of its combat coded squadrons in the active forces. The Navy and Marine Corps are cutting back on training and on deployments, including a decision not to send a second carrier strike group to the Gulf. These are only a few of the many cutbacks we have made in training and maintenance. These actions reduce our ability to handle future military contingency needs, both this year and in subsequent years.

“Even after taking all these actions, we are still short of needed operating funds for FY 2013, and we cannot rule out unexpected increases in costs during the next few months. So we confront a difficult set of trade-offs. We can make even larger cutbacks in training and maintenance, further reducing readiness to handle contingency operations and putting into even greater jeopardy our military readiness in future fiscal years. Alternatively, we can furlough civilian personnel to help close the gap, knowing that morale, productivity and readiness would be affected. This is an unpleasant set of choices, but this is the situation we face.

“Before making a decision, I sought advice and inputs from senior leaders in the military departments and agencies as well as advice from my senior civilian and military staff. I asked them to keep in mind our fundamental criterion to minimize adverse mission effects and, subject to that criterion, to ensure reasonable consistency and fairness across the Department for any furloughs that we impose.

“Fewer than one-fifth of all civilians paid with appropriated funds will be excepted from furloughs.” – Secretary of Defense Chuck Hagel

“Based on all these inputs, I have decided to direct furloughs of up to 11 days for most of the Department’s civilian personnel. Furloughs for up to 11 days represent about one-half of the 22 days that can legally be imposed in one year and also about one-half the number we had originally planned. This halving of previous furlough plans reflects vigorous efforts to meet our budgetary shortfalls through actions other than furloughs as well as Congressional passage of an appropriations bill in late March that reduced the shortfalls in our operating budget and expectations of Congressional action on our reprogramming request.

“Furloughs will be imposed in every military department as well as almost every agency and in our working capital funds. All of our civilian employees are important, and I would prefer not to furlough any of them. However, there will only be limited exceptions driven by law and by the need to minimize harm to mission execution. We will except civilians deployed to combat zones and civilians necessary to protect life and property (but only to the extent needed to provide that protection). A few categories of workers will be excepted for specific mission reasons while some categories of workers will be excepted because furloughing them would not free up money for critical DoD mission needs. . . . Fewer than one-fifth of all civilians paid with appropriated funds will be excepted from furloughs.

“The planning and implementation of furloughs will be carried out based on the schedule below: 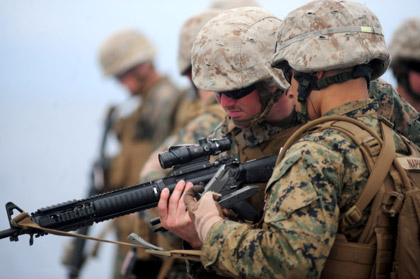 We will begin furloughs on July 8 at the rate of one furlough day per week for most personnel. For now, we plan to continue furloughs through the end of FY 2013. That schedule would lead to 11 furlough days – one-fifth of the week for about one-quarter of the year. Moreover, I am directing all components to monitor funding closely for the remainder of FY 2013. If our budgetary situation permits us to end furloughs early, I would strongly prefer to do so. That is a decision I will make later in the year. . . .

“Each of the Department’s civilian employees makes an important contribution to the readiness of our Department to meet the nation’s national security needs. I understand that the decision to impose furloughs imposes financial burdens on our valued employees, harms overall morale and corrodes the long-term ability of the Department to carry out the national defense mission. I deeply regret this decision. I will continue to urge that our nation’s leaders reach an agreement to reduce the deficit and de-trigger sequestration. If no agreement is reached, I will continue to look for ways to limit the adverse effects of sequestration and associated budgetary shortfalls both on the men and women of the Department of Defense, and on our national defense.”