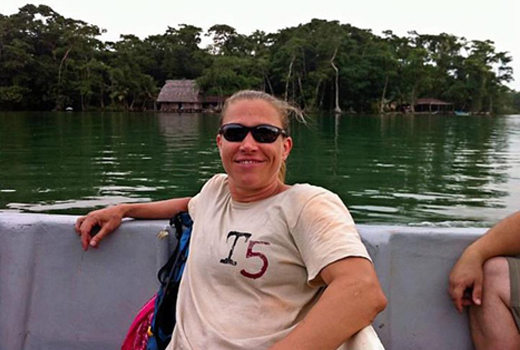 Team 5 (T5) is an inspired medical foundation created by professionals who enjoy traveling to the ends of the globe to provide a unique service to those without access to modern healthcare. Volunteers also consist of athletes, mountain climbers and survival experts experienced in living in remote places without electricity or clean water and with an abundance of creepy creatures and unusual modes of transportation. Founded by a military veteran and run by former and current Special Forces medical practitioners, Team 5 Foundation is based in Las Vegas, Nev., and travels anywhere, including locations with political unrest and which are so deep in jungles that boats, horses and hiking are required. T5 is built upon the principle of doing the “right” thing without a religious or political agenda. Their motto is: “In order to be involved, you much first show up.”

Education for local healthcare is the first tier of T5 deployment. The word “deployment” is used instead of “missions” because the Foundation doesn’t want to be confused with having a religious agenda. And, given that one-half or more of the team is made up of former and current military practitioners, the word “deployment” seems to fit nicely. In addition, T5 has been acknowledged by the U.S. Secretary of Defense as a “patriotic employer.” The word “deployment” was initiated by one of the co-founders, Andrew Cull, CEO of Remote Medical International, a Seattle-based corporation specializing in austere and remote medicine globally. T5 was actually created over a few drinks between Cull, Tom Milne and me because we wanted to create something so unique it would be almost impossible to duplicate.

There are many medical foundations out there, so the new organization needed a special niche and decided to make a three-part structure to build a healthcare program specific for locations the Foundation goes to. Researching the inviting region provides a start as to what courses the team recommends to the clinicians in villages it serves. For instance, in a region called Ak’Tenamit, Guatemala, T5 was told that a major problem was a high infant mortality rate. Using their statistics, the team concluded that an average of one mother and one newborn die each day. As a result, we decided to build a mid-wife/emergency childbirth course that also incorporated advanced wound care and minor suturing and stapling. 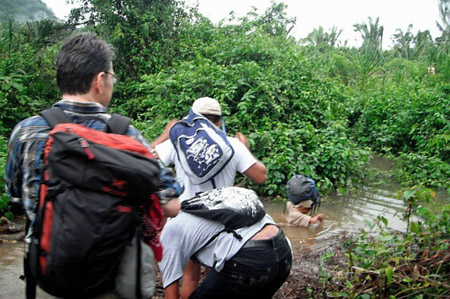 The course was built specifically for the region, and it incorporated both their healthcare methods and western style healthcare methods. This provided a comparison in order to show the difference between the two and the impact on survivability using specific techniques and sterile birthing kits. One of the factors T5 identified was that the newborns who died also had infections. This was exacerbated by use of poor equipment and long distances from village to clinic. The latter can be from hours to days depending on whether the village can gather enough donations for fuel to bring the ill to the clinic. This region is jungle with hundreds of miles of thick canopies so dense that a person can’t see the sky and GPS won’t pick up a signal.

Part of the education phase is “on the job” training whereby newly graduated students will shadow T5 practitioners in clinics chosen because of their inaccessibility to regular healthcare. The deployed team’s clinic day usually begins with waking at 5am, eating a quick breakfast at the jungle bungalow, gathering gear for backpacks and then setting off for an hour boat ride on the Rio Dulce, which enters a channel of swamps until docking at a makeshift wood platform. From there team members put their supplies on their backs and head out for a trek of another hour to two hours through fields and into jungles.

A person can’t really tell what time of day it is in such places because it’s so dark, wet and muddy. In June 2012, we even got stuck in a flash flood up to our chins. We didn’t complain; we adapted, put our clothes and boots in plastic bags and crossed the water holding the packs over our heads wearing just our skivvies. In these types of adventures T5 members become close friends quickly because they’re in each other’s faces all day and night. I always advise people to bring a good attitude and to be able to just laugh it off. There’s not much control in these situations so it’s easier to roll with the punches.

Once T5 arrives at a village, it usually takes a good one-half hour for the deployed team to catch their breath, sip some water and clean off their boots from the mud covering the tread. From there we change into scrubs, T5 t-shirts and flip-flops to build a makeshift clinic with rooms divided by simple strings and sheets. T5 uses its newly certified mid-wives/health promoters to assist with patients, which gives them hands-on experience and allows them to understand what was taught in class. Then the deployed team breaks down into smaller teams of two practitioners (one male, one female), an interpreter and a student. Wilderness medicine is unique in its own right, but couple it with the fact that the indigenous people speak Q’uiche, an old Mayan language, and it becomes a game of patience and understanding as it goes from English to Spanish to Q’uiche and back to English.

During clinics, T5 can see up to 125 patients per day, which can include anything from delivering a baby to spider bites to insects imbedded in ears to infections and viruses to machete wounds, as well as regular check-ups and advice for pregnant woman. 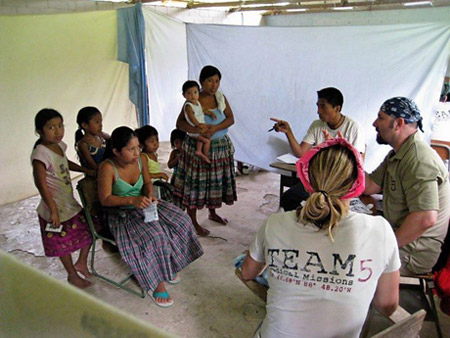 On some deployments we bring an ultra-sound machine and an internist medical doctor to look for problems in fetuses or for masses found on regular patient care. From these readings, T5 can give consults and referrals to local hospitals. A deployment usually consists of a 2-3 day course followed by 4-5 remote villages. When we finish our clinics, a large donation of all team medicine and supplies are given to the medical clinic responsible for the region. This includes an advanced trauma life support backpack, which has all the tools needed for a response to a village. The T5 goal is to provide life skills and hands-on training and to donate enough supplies to keep them self-sufficient for several months. Students are given donated supplies like stethoscopes, suture kits and books to start their basic toolbox.

T5 is a 100 percent volunteer foundation that looks for donations of medical supplies, team gear and funds to help cover the costs of logistics, which includes airfare, buses, boats, lodging and food. One would think this has a high price, but in actuality the T5 process is very transparent. Each team deployment of 5-6 practitioners costs less than $15,000 in total. When a potential sponsor looks at the return-on-investment from 15-30 students attending a 2-3 day class, more than 800 patients seen and cared for in 7 days, and a donation of approximately $50,000-$100,000 in medications and supplies, it’s a very good deal all around.

The largest ticket item is airfare, and the second largest is the fuel cost for the boats. T5 is able to keep costs down thanks to the following sponsors: 1.) ISOS, who donates the medicine, 2.) Arc’Teryx LEAF, who clothes the team and provides backpacks, and 3.) ProForce, who has donated tents, gear bags, sleeping bags and survival equipment for three consecutive trips to Guatemala within the past year alone.

For those who have the right skill-sets, T5 is always looking for additional team members and volunteers locally to help sort through supplies and medications. Although we’re young and small, I believe our efforts have made a large, beneficial impact on the indigenous locations we serve. We have already received word that the Mayan infant mortality rate has begun to drop because of T5’s efforts. And, so far in 2013, the Foundation has had requests from more than six countries for help.

The long-term goal is to producea deployment every other month, if T5 can secure more sponsors who understand that we, as Americans, are very fortunate to have an incredible healthcare system. Imagine not being able to take a Tylenol if you have a headache or to go to the hospital if you’re injured. T5 also assists in Nevada by connecting with local healthcare providers, who have free or reduced rate clinics, and by working with Another Joy Foundation, which transports toys and humanitarian aid to the less fortunate around the world. So, the organization does take care of those in its backyard as well as helping those abroad. T5 is also joining forces with disaster relief organizations to help within the United States in times of emergency.

T5 has a strong core team comprised of Dave, a Special Forces medic, Brigit, a local pediatric intensive care nurse and remote doctors, who sit on the board of directors. Team 5 has a recruiting section that will respond to those interested in joining the Foundation. Please send all correspondence to recruiting@team-5.org, look at the Foundation website at www.team-5.org and Facebook page, and track our upcoming deployment on T5’s interactive GPS page.