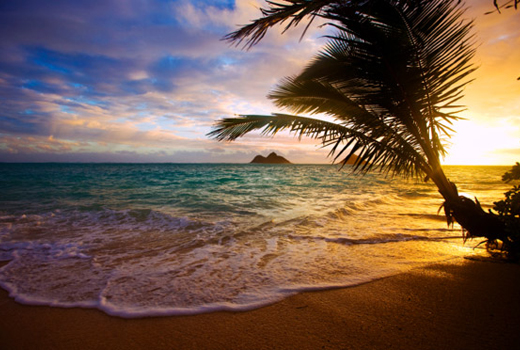 In February 2012, my wife, Elizabeth, and I started an amazing educational journey on uses and abuses of energy on our planet. Our first-ever adventure with an electric car during a weekend trip to Oahu resulted in a column in livebetter magazine, “One Man’s Personal Quest: Privately Generated Renewable Energy”. This oped is a sequel to our quest for freedom from corporate and governmental greed and control.

If you listen to some Hawaiian politicians talk about renewable energy, you would think Hawaiians are the luckiest people on Earth. We are blessed not only with a climate that requires minimal use of energy but also with elected officials who want to reduce our carbon footprint even further. In a May 2012 video interview with Maui Live, for example, Maui Mayor Alan Arakawa hailed renewable energy benefits for Hawaiian residents. He said we are “almost required” to switch to it because between $6 and $8 billion of our money “is now going to foreign countries.” (See the video: Mayor Powers Up at New Honokawai Charging Station.) Governor Neil Abercrombie has similarly endorsed Hawaii’s quest for renewable energy, as did Senator Mazie Hirono in a private letter to me.

But words are cheap, especially at the pump, and actions speak louder than words. The reality on the ground is quite different from this “politically correct” rhetoric. Hawaiian taxpayers are being squeezed like witless lemons by greedy corporations whose bottom lines our politicians are defending. Gasoline prices are nearly $5 per gallon, and electricity – get ready for a real shocker – is three times higher than the national average. Last year alone, the price of Hawaiian electricity went up 27 percent. Ouch!

Why? Because 85 percent of the electricity Hawaii’s public utilities produce comes from fossil fuels (78 percent from petroleum). In other words, the Maui Electric Company (MECO), Hawaiian Electric Company (HECO) and Hawaii Electric Light Company (HELCO) are the worst offenders against the environment. They are the problem, not the solution, and so is the government. The Hawaii Public Utilities Commission (PUC) should be renamed “Corporate Utilities Commission” because rather than serving the Hawaiian public, its actions serve the interests of corporations that lobby and fund the politicians.

Consider our case in point. Thanks to our personal investment in renewable energy, my wife and I are now net providers of clean energy to our public utility. So, you would think it would be time to rejoice. Think again. Hawaiian government and utilities are colluding to rob clean energy producers blind. Hard to believe? Well, here are the facts: 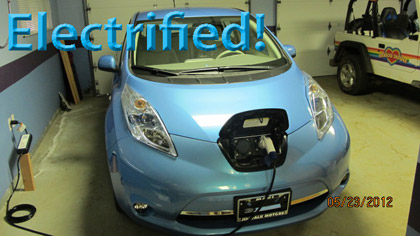 Since May 2012, Elizabeth and I have been driving our 100 percent electric car, a Nissan Leaf. In early September 2012, our new “solar plant” (a PV system) went into production even though we had to spit nails and kick the butts of our contractor and local utility in the process. However, once the system was hooked up to MECO everything ran as smoothly as silk.

Since then, we have discovered that we are not only “off the grid” but also net energy producers. In other words, after meeting all our electric power needs, including “fuel” for the new Leaf, we still have about 9 kwH per day of electric power remaining from our solar system, which we have been feeding into the MECO system. Why? Because we are forced to by Hawaii Public Utility Commission (PUC) regulations. Consider also that we are giving them 100 percent “clean,” renewable energy.

So you would think this would be a time to rejoice? So did I until I spoke with a MECO representative October 2012. I called to find out how our local utility would compensate us for the surplus electricity our solar system is now providing to their grid. During the first 56 days of our “solar plant” production, we put 512 kWh of “clean” renewable energy into MECO’s “dirty” fossil fuel-dominated grid. That is almost 9 kWh per day or more than $100 per month at MECO’s retail rates. So, again, I wanted to know when and how we would get paid for it. I was shocked to learn from MECO that we would not. We will receive no compensation for producing electricity at our expense that we are required by law to give MECO, who will then turn around and sell to consumers for a profit! Instead, we are actually being billed by MECO – a minimum monthly rate just for having a net meter installed.

“That’s highway robbery,” I told the MECO representative. “That’s like us providing fuel to a gas station for free, which the gas station owner then resells to other customers at highly inflated rates [three times the national average]. Do you think Shell, Chevron or Exxon would ever agree to a deal like that?”

The MECO rep was sympathetic but pointed out that MECO was just following Hawaii PUC regulations.

“In that case, the Hawaii PUC should change its name to the Corporate Utilities Commission (CUC),” I replied, “because such rules have nothing to do with public interests. They are only serving interests of corporations.” This is a travesty, of course. So, I wrote MECO CEO Sharon Suzuki (sharon.suzuki@mauielectric.com) and copied all PUC, aka CUC, commissioners on the letter (see below) along with the Hawaii Governor who appointed them. I told them all, “The rules have to change.”

Hawaii has tens of thousands of private solar producers doing what the government should be doing but is not – generating clean energy and, thus, reducing our dependence on dirty foreign imports. Instead of being compensated for it, perhaps at even higher rates than what MECO charges for its dirty electricity, these taxpayers are being robbed by local electrical utilities in complicity with the government.

No wonder MECO generated $417 million in electricity sales last year. How much of that amount did they misappropriate from net renewable energy suppliers like us? That is the question I posed to Suzuki and the other recipients of my letter.

To her credit, Suzuki replied right away and promised to respond back in more detail after first doing some research, which she did. Below is an excerpt from her Nov. 14, 2012, letter: “Any surplus electricity generated by the customer can be carried over a 12-month reconciliation period. As Jamie communicated previously, this rule is consistent with our Public Utilities Commission-approved tariffs, MECO Rule No. 18, Section C Metering and Billing, and the Net Energy Metering (NEM) law as set forth in Hawaii Revised Statues 269-106. Net Energy Metering generally is most appropriate for customers who have photovoltaic (PV) systems sized to meet their own energy requirements.” 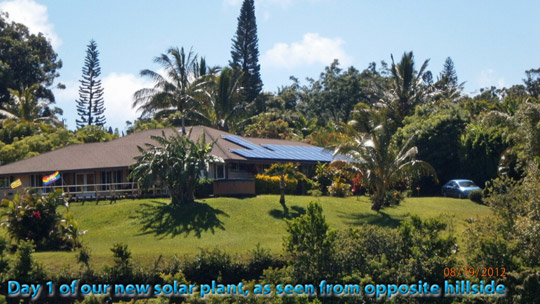 What Suzuki did not say, however, is that if, at the end of that 12-month period, we – MECO customers and solar energy producers – still have a surplus in our account, MECO will simply wipe it off the books. In other words, the Maui Electric Company will misappropriate our solar energy without any compensation to us whatsoever.

As a matter of fact, MECO’s parent company, HECO, states the following on its website with respect to net metering: “Billing is on a monthly basis and you are responsible for a minimum charge even if you export more electricity than you take from the utility. The minimum charge covers some of the fixed costs of maintaining your electric account, including reading your meter and billing. The NEM agreement allows the customer to carry over unused credits (excess net generation expressed as a monetary value) to future bills within a 12-month period, starting from when the agreement is executed. Unused credits left at the end of each 12-month reconciliation period may not be carried over to the next 12-month period.”

This is the highway robbery I was talking about. As for the Hawaii state government and the “CUC,” what kind of twisted minds would devise rules that put taxpayers, who pay these officials’ salaries, at a disadvantage and then have the audacity to call themselves “public” servants? Well, here they are; let me introduce them to you:

In my letter I asked them collectively – MECO, PUC and the Hawaii Governor – to do the right thing. Change the rules so Hawaii residents, who personally invest in and produce a surplus of solar and/or wind energy, are fairly compensated by MECO at equivalent or higher rates (since it is clean energy) to what MECO is charging its customers. And do it retroactively from the first day each renewable citizen-supplier puts his/her renewable energy system online.

After all, many U.S. states pay for the surplus electricity their solar customers provide to their grid. For example, California has a Go Solar California! http://www.gosolarcalifornia.ca.gov/about/index.php campaign, which is a joint effort by the California Energy Commission and California Public Utilities Commission. The goal is “to encourage Californians to install 3,000 megawatts of solar energy systems on homes and businesses by the end of 2016, thus making renewable energy an everyday reality.” Under California’s Net Energy Metering system, or NEM, “a special billing arrangement provides credit to customers with solar PV systems for the full retail value of the electricity their system generates. Under NEM, the customer’s electric meter keeps track of how much electricity is consumed by the customer and how much excess electricity is generated by the system and sent back into the electric utility grid. Over a 12-month period, the customer has to pay only for the net amount of electricity used from the utility over-and-above the amount of electricity generated by their solar system (in addition to monthly customer transmission, distribution and meter service charges they incur).” 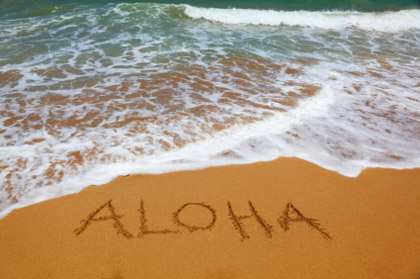 According to the Go Solar California! Program, NEM is a gateway to optimizing the rate of return on a citizen’s solar investment because it 1.) allows customers to zero-out their bills, 2.) credits customer accounts at full retail rates and 3.) accurately captures energy generated and consumed, thus providing customers with annual performance data. Customers that generate a net energy surplus at the end of a twelve-month period can receive a payment for this energy under special utility tariffs.

This is clear evidence that other state governments and PUCs are interested in serving their citizens’ needs first. This is true elsewhere around the world. Below is a letter I received from Carl Edgar Law in Ottawa, Canada: “Ontario began a program some years ago to pay about 80 cents/kW for energy fed back into the grid to encourage homeowners and businesses to install solar and wind power (mainly). The figure was reduced to about 55 cents/kW more recently. However, if I use 1,000 kW/month the average cost per kW is about 22 cents Canadian (only fractionally different from the U.S.), so the rate for excess power fed back remains quite generous, although the solar or wind installations have to be amortized with that gross profit. As far as I know, all Canadian provinces and jurisdictions have analogous schemes, though I don’t know what rates they pay.”

But here in Hawaii, the Land of Aloha and perpetual wind and sunshine, public utilities and state government have the audacity to claim ownership of energies from any source, including that provided by the sun and harnessed by investments made by private individuals. In my opinion, that is gangsterism. That is a robbery of the Hawaiian public that must be corrected immediately and retroactively. Will you join me in this quest?

Bob Altzar Djurdjevic is a writer, musician, shaman, filmmaker and business consultant based in Haiku, Maui, Hawaii. You can find more of his research and columns at www.gaiasteward.org (environment), www.altzar.org (arts & spirituality), www.truthinmedia.org (geopolitical), www.djurdjevic.com (business) and www.yinyangbob.com (personal).