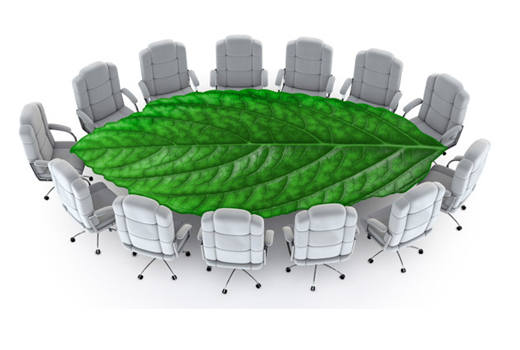 This noted, each company carries and communicates its own interpretation of what sustainability looks like, and it is usually supported by past performance. For Wal-Mart, its vision is to be a good steward of the environment. In 2011, the company reported it kept close to 81 percent of its waste out of landfills2, which had the potential to prevent 11.8 million metric tons of CO2 emissions annually. Another retail giant, Target, is also cutting waste. Last year, the company reported collecting and recycling more than 1,000 tons of plastic, glass and aluminum bottles and cans; more than 7,000 tons of shrink wrap and plastic bags; and more than 7 million pounds of electronics3. Outside of the retail sector, tech company Microsoft is improving energy efficiency across all company buildings and sites. So far, it has managed to reduce its computer energy use by 27 percent4. Coca-Cola is fast on the move too. As part of its sustainability efforts, the corporation has improved water use efficiency and effectively reduced consumption by 16 percent since launching that initiative in 20045.

It’s clear that companies in 2012 commonly believe sustainable business is good business. In what other time have we seen so many organizations invest in corporate social responsibility? Almost everyone is stepping up to the plate. But interestingly, the common thread tying these companies together is their focus primarily on the past – like their achievements in 2011, for example.

I wonder: What are their goals now? Certainly these companies have created at least some vague objectives for the future, but what about quantifiable and measurable targets for sustainability?

It’s a mindset Cascades is trying to rally within the paper industry and beyond. Since its founding days in 1964, Cascades has believed sustainability should be a permanent business practice that needs to be implemented in a manner built to last. From 2010 on, we’ve been making a firm commitment to set forward-looking environmental goals and to actively communicate our progress to customers and stakeholders. Why? Because we want the definition of sustainability not just to relate to achievements but instead be naturally synonymous with ongoing transparency and leadership.

In 2009, we decided to build a sustainable roadmap that would be our guide to the future. Cascades’ Sustainable Development Plan (SD Plan) started as a three-year endeavor in 2010 and it’s set to conclude later this year in 20126. Developing the plan was a collaborative process involving company leadership, employees, clients, suppliers, shareholders, civil society and, importantly, several non-governmental organizations (NGOs). While most companies create sustainability plans internally, Cascades made the conscious decision to integrate outside organizations into the discussion. 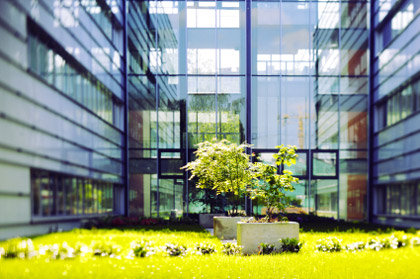 With their help, Cascades identified 18 key performance indicators (KPIs) to address a range of environmental issues from energy and waste reduction to water conservation. The 18-pronged SD Plan stretches Cascades’ commitment to product innovation. It highlights efforts to educate and to train employees. It holds us to stay in close dialogue with the community about environmental progress. More than anything, the plan reaffirms Cascades dedication to sustainability as a corporate strategy, and it sets a firm structure in place that points the company in the right direction. Looking back at the SD experience, it is defined by a few key characteristics:

Transparency. We can’t speak for everyone, but we think there’s a tendency in the corporate world to report on past achievements because they’re precisely that – in the past. Companies feel confident sharing results but only when the goals have already been accomplished. The sentiment is completely understandable. In an age where there’s so much corporate scrutiny, how can there be no reservations about reporting – especially if enough progress hasn’t been made?

At Cascades, it’s our conviction that corporate success is driven by multi-faceted transparency. When we’re being completely accountable to our partners and shareholders, that’s when we build trust in our brand and drive profitability forward.

In keeping with that effort, Cascades recently released an interim report showing its progress on the SD Plan7. While the company is on track to achieve most of the KPIs, it isn’t keeping pace with three of its initial goals, which include improving water quality, increasing use of recycled and virgin fiber that’s FSC certified and increasing a return-on-assets. Despite slower progress, it’s important that we update those goals so our partners know our priorities and direction for the future.

Leadership. As a company, we have no regrets about being ambitious or setting our sights high. In fact, we believe it’s the path to leadership. By establishing stretch goals, we’re leading our organization and employees to stretch too. At the same time, we’re sending a message to other companies that transparent and sustainable goal setting is possible!

One of the objectives concentrates on increasing sales by developing innovative and sustainable products, which is emblematic of our drive to challenge convention through invention. We launched a beige bathroom tissue called Cascades®Moka™ in January 20128. It’s the first of its kind, developed from a pulp mix that, daringly, is derived from 20 percent-recovered corrugated boxes. It also skips the chemical whitening process that has been a generations-old standard despite serving no other purpose than aesthetics. Overall, it’s a brand that truly exemplifies how we’re pushing the concept of innovation to new levels.

Outside of our tissue group products, we’re continuing to pioneer the recyclable waxless cardboard market with our Norshield® brand9. So far, we’ve sold $40 million worth of the product replacing about 25 percent of our waxed box market. Cascades engineers designed the box to be water-resistant and to save users on the costs associated with transportation, handling and landfill disposal. We feel this is an ideal choice for farmers and grocery store producers, who need cardboard boxes to ship their vegetables, meat and fish. Nevertheless, the product represented a new concept.

Beyond these examples, we’re introducing other products the marketplace hasn’t seen yet while still managing to reduce our toll on the environment. To us, that’s what leadership is all about. 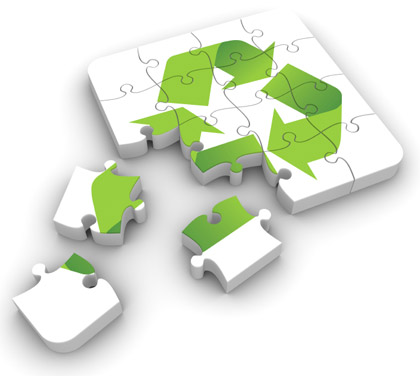 Accountability. Another core tenet of the SD Plan is accountability. We’ve been trying to accomplish that in different ways. As mentioned earlier, we met with several NGOs at the outset of this process. Our thought was that starting a meaningful dialogue with outside agencies would be better than going at it alone. By starting a conversation, we learned sustainability wasn’t just isolated to performance. Our partners informed us that sustainability is about education too. Part of being accountable means teaching our employees and the rest of the industry about the environment and passing along our knowledge to customers.

We want green business to be all of our business. At Cascades, we feel an obligation to share what we know. What better way to start than by talking about our SD Plan and discussing the best practices we’ve learned on our journey so far? In the same vein, we’re inviting other companies in the paper industry and beyond to join us in conversation. We can have a big impact collectively as long as companies are open to making positive environmental changes.

Accountability also means not shying away from responsibility. We think of the SD Plan as a long-term commitment and plan to see it through for several years to come. We’re already working on the next installment, which will be introduced in the spring. Our desire for the next SD Plan is for it to be more focused. We’re planning to include fewer KPIs than this first effort so we can bring about greater value rather than being spread thinly across so many areas. We believe it will also simplify our priorities and, consequently, strengthen our accountabilities.

It Ain’t Easy Being Green. We live in an age where corporate social responsibility and risk management have become critical business issues. Can the two co-exist so it’s possible to be forward-looking and transparent, take on leadership and develop proper accountabilities for our sustainable practices? I think so, as daunting as it seems. And, at the end of the day, I believe our customers, communities and wildlife will be better for it