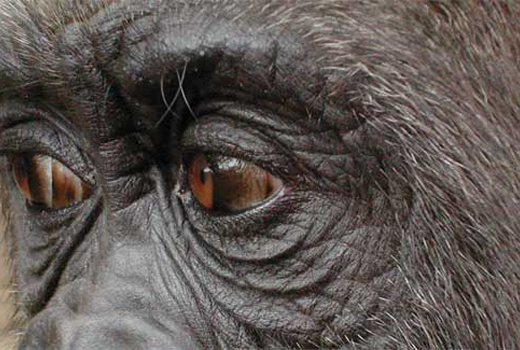 Bush animals like the beloved gorilla and the African elephant are being commercially and illegally hunted at an alarming rate. • In fact, the International Union for the Conservation of Nature (IUCN) recently announced that nearly half of all primate species are now threatened with extinction because of the thriving bushmeat trade.

As development and cutting of rainforests and population growth continue, wildlife is increasingly being overexploited for food consumption and supplemental income. To combat this critical situation, the Bushmeat Crisis Task Force (BCTF) was established in 1999 to serve as a collaboration center among its members, which include Conservation International, Wildlife Conservation Society, African Wildlife Foundation and World Wildlife Fund. Individually, BCTF members work to support actions in the field that directly address human and wildlife impacts of the bushmeat crisis. Collectively, members work together through BCTF to engage key decision makers, to facilitate education and training, and to raise public awareness.

Heather E. Eves, Ph.D. and BCTF director, has studied and worked in Africa since 1985. She explains, “The bushmeat crisis is an unfortunate example of people not paying attention to a very important caveat of sustainability . . . sustainable development can be sought only as long as human population growth and size harmonize with the ecosystems’ ability to produce.” However, worldwide and especially in Africa, this warning goes unheeded as the human population explodes and as impossible demands are put upon Earth’s ecosystems. According to Eves, the number of people across Africa has increased by an estimated 800 percent in the past century, which has resulted in food scarcity. Because of the shortages, bushmeat consumption and trade is being used to manage essential but unmet daily protein and income needs. In Africa’s Congo River Basin alone, bushmeat contributes up to 80 percent of each household’s protein. In fact, researchers estimate that people living in Central Africa’s forest regions eat the equivalent of almost 4 million cattle per year – about 1.1M metric tons.

Central and West Africa, plus Asia, are already experiencing widespread local extinctions. One animal in peril is the small antelope-like duiker, which accounts for 40 percent of Central Africa’s bushmeat. The BCTF cautions that certain species of the duiker family could be hunted to extinction within five years. Mammals such as primates, in particular the great apes, are especially targeted because of their large body size. BCTF officials explain that protected areas have experienced significant animal population declines. 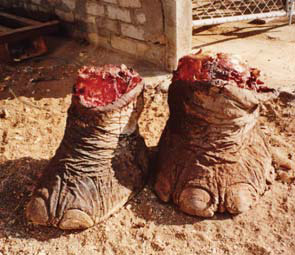 Authorities warn that outside their protected zones, these species are expected to be extinct within 10 to 15 years. Aggravating the crisis, certain animal parts are aggressively sought after for display items and alternative medicine practices. Some cultures still believe that eating, wearing or owning specific animal parts can provide luck, virility, wealth or prosperity. For instance, the endangered Sumatran tiger (of which fewer than 500 still exist) is thought to bring virility to those who consume its meat or possess its claws or teeth. Many wildlife species are also trapped to support the exotic pet market or are killed for fur. Unfortunately, despite elephant population declines and stricter law enforcement on poaching, the importation and trade of rhinoceros ivory has become popular as well.

The bushmeat crisis is further exacerbated by commercial logging increases in previously risk-free areas, which have created an infrastructure gateway linking hunters and illegal poachers to communities and consumers. For example, the Congo River Basin, which houses the world’s third-largest rainforest, provides an abundant natural resource for loggers and a plethora of previously sheltered wildlife available for harvest. Indeed, the BCTF says that villages adjacent to logging roads can have up to six times the bushmeat yield rate of those farther from a road because logging trucks often illegally assist poachers with transporting killed animals out of a forest.

Wire snares used in trapping wildlife are also a dangerous, often wasteful, tool used to harvest bushmeat. The BCTF reports that snare hunters sometimes leave their lines unchecked for more than a month, which results in the meat’s spoiling and going to waste. As a result, up to 94 percent of animals caught in snares are unable to be harvested. Eves notes that as commercial hunting and trade continue to reduce wildlife populations, local indigenous and rural people traditionally dependent upon this vital staple will lose their food security. This cycle will, in turn, threaten their livelihoods and possibly their lives. Increased bushmeat consumption worldwide also seems to be tied to deadly diseases such as HIV/AIDS, Ebola and foot-and-mouth disease. Increasing encroachment into remote forest areas through increased logging exposes humans to novel diseases. This, coupled with ease of global travel and transportation, allows easy spread of these diseases.

Eves brings to light another important point: “The loss of wildlife is not just an important human livelihood issue; it’s also an ecological health issue. Without the presence of a diversity and density of indigenous wildlife, many changes in vegetation structure and function could result. The long-term impacts of such changes are already becoming apparent in areas where wildlife has been depleted.” Indeed, many researchers assert that biodiversity losses worldwide as a result of species’ extinctions caused by human actions are launching an unprecedented ecological catastrophe. (See this issue’s Special Topic, “Biodiversity and Life: Understanding the Connection,” p. 34.) 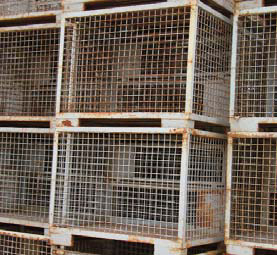 “There is a dramatic and immediate need for targeted focus and collaboration on this bushmeat issue. Partnerships, particularly across sectors such as conservation, development and industry, are essential. The challenge of the bushmeat crisis cuts across all aspects of modern society – health, environment, economics, policy and cultural heritage. Innovative solutions applied in areas where there are long-term relationships built on trust over many years have the greatest likelihood of succeeding. These solutions engage local communities, industry and key decision-makers across the trade chain. They provide a combined approach that logically links locally appropriate alternatives, awareness, enforcement and monitoring. The conservation profession has learned a tremendous amount over the years . . . it is on the verge of being able to do more than slow the downward trends. Conservation efforts now have the potential not only to secure the current status of wildlife but also to increase available land area, diversity and density of wildlife,” says Eves.

According to the BCTF director, one of the biggest obstacles to curbing the bushmeat crisis is raising stakeholder engagement to a level that will effect change. The crisis receives relatively limited support partly because so many players are involved – citizens and communities, commercial hunters and traders, developers, industry leaders and conservationists. Eves’ group works to bridge this obstacle through organizational collaboration on items such as sharing information, supporting capacity building among African wildlife professionals, initiating innovative solutions and increasing public awareness. In addition, they’ve developed communication tools that enable information and support networking with other integral groups such as CITES Bushmeat Working Group and the Coalition Against Wildlife Trade. BCTF compiles peer-reviewed research and produces fact sheets, educational tools and public awareness resources to educate the public about the importance of finding solutions that ensure the protection and maintenance of wildlife biodiversity.

Education and training are fundamental tools in combating wildlife overexploitation, as these enable effective law enforcement, protected area management and sustainable financing and development. To that end, BCTF has facilitated and managed hundreds of educational requests ranging from ecoguard training in Central African logging concessions to docent training at zoos in Louisville and Philadelphia. These efforts are made possible thanks to BCTF members, the Association of Zoos and Aquariums (AZA) professionals, global colleagues and caring volunteers.

Eves describes BCTF’s remarkable contributions within its first decade of service and offers insightful direction for the future: “The Bushmeat Crisis Task Force has shown what can result with even a limited amount of resources. 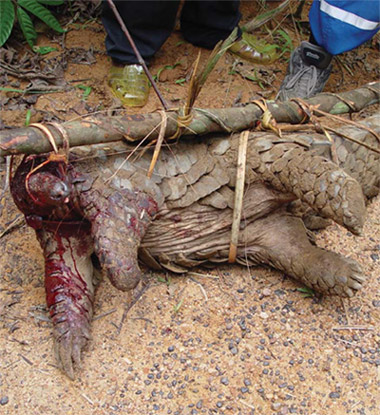 Ten years ago the term ‘bushmeat’ was virtually unknown. Few media or scientific articles existed on the subject; almost no policies or appropriate legislation were in place, and few field projects dealt directly with the issue. Today the landscape is transformed with bushmeat becoming a leading focus of many conservation efforts in policy, media, legislation and the field. Building upon networks, knowledge and trust within this past decade is being strongly promoted at this time. The bushmeat issue is one of the most significant wildlife issues facing the global citizenry today. It can be resolved with a concerted, collaborative effort that engages alternatives, awareness and governance; but actions will be needed immediately on a much larger scale than is currently occurring.”

For more information on the Bushmeat Crisis Task Force or to get involved, log onto www.bushmeat.org.