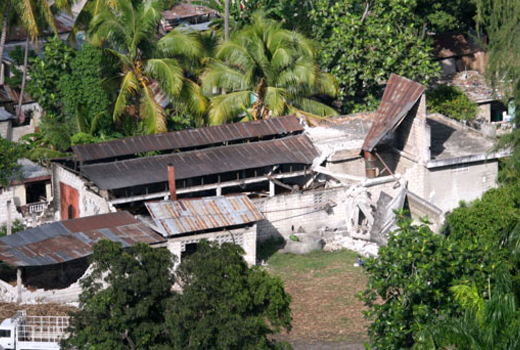 The Challenge of Rebuilding Haiti

As a builder and civil engineer, I have volunteered in Haiti since 2005 primarily with Partners in Health (PIH). In the days following the January 12, 2010 earthquake that destroyed much of Port-au-Prince, I was part of a medical response team. Our mission was to support the staff of Haiti’s only public teaching hospital – the General Hospital, which was essentially destroyed by the earthquake. A small group of us assisted with the restoration of basic infrastructure services such as electricity, water and communications, and coordinated structural assessments with the United Nations, US Army Corps of Engineers and USAID. However, on the first day I was separated from the team and ended up at a storage-shed-turned-field-hospital. 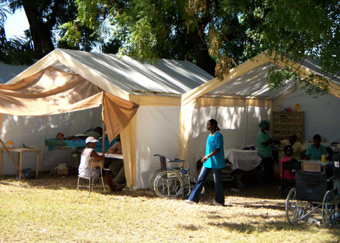 The majority of the patients at this make-shift facility presented with broken bones and traumatic lacerations suffered from collapsed buildings. Such cases are not typically acute. Yet, this was four days after the earthquake and many fractures were compound fractures in an environment thick with dust and debris. Even with decent wound care many people developed infections. Without antibiotics and orthopedic surgical care, the only available treatment option to arrest gangrene and to prevent septic shock was amputation. The early medical teams performed these procedures without proper tools, and patients endured them without anesthesia. As horrific as these actions were, in some respects the amputees were the lucky ones. Some of the worst cases suffered from open hip fractures, and without the option of amputation, treatment was little more than a dignified death. Too many mothers, fathers, sons and daughters died because they lived in homes unable to withstand the shift in tectonic plates under a country unprepared for such a natural disaster. 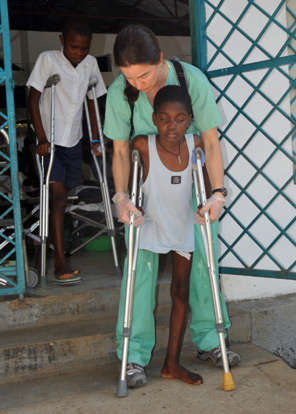 Engineering reports quickly followed citing poor construction quality, inadequate steel reinforcement in the block and concrete structures, and a lack of local design standards. Experts were quick to blame poor people and poor governance for structural failures that killed hundreds of thousands of people and left a generation of amputees. Yet, to end the analysis here is a failure to understand the root causes of the disaster. To comprehend the natural disaster of the earthquake we must come to terms with the unnatural disaster of poverty that has gripped Haiti, and much of the world, for centuries.

The Notion of Poverty

There is an understanding, in our country at least, that poverty is a natural phenomenon – that the poor are always with us as something inherent in our culture, perhaps to keep us humble. Some see the poor as a reminder of our own fragility while others see poverty as a reminder from where our families have risen. Still others see the poor as what not to be – lazy, uneducated and dispassionate. These interpretations characterize poverty as a static condition. They foster a notion that people can change and escape from poverty, but poverty as a natural phenomenon always remains. And, yet, there are alternative theories about the root causes of poverty. 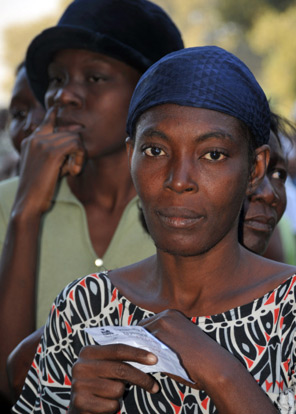 Many sociologists and anthropologists suggest that poverty is a social condition institutionalized by our social, political and economic systems. Opponents to this perspective often suggest that blaming the system for poverty disassociates personal responsibility from the equation. Yet, a perspective of viewing poverty as a systemic condition gives hope because poverty, then, is dynamic. By definition, dynamic conditions can change.

Poverty, in large part, is a result of culture, social structure and power. To change it requires changes to the system. My research findings demonstrate that how one sees the problem (in this case, massive structural failures in the context of poverty) can be more important than how one solves the problem. My field experiences continue to validate this conclusion. As an engineer, I often seek technical solutions to social problems. While my profession is rich in examples of great success stories of improving our condition through technology, technology cannot solve all social problems. They often require social solutions. Engineers working in developing countries do not have the luxury to stop at technical analysis or to offer solutions that are appropriate for poor people but, perhaps, not others. An illustration of this notion exists in the international response to rebuilding Port-au-Prince and surrounding towns.

The problem of Haiti’s millions of homeless earthquake victims demands solutions. The tent cities were a temporary necessity, but everyone knows that camps cannot continue. There are no easy answers. The vast majority of “creative” options focus on what seems to be appropriate for poor people, such as homes made of used tires or pre-manufactured homes made from shipping containers and the like. These solutions may provide short-term shelter, but they do not address systemic problems that perpetuate poverty. It is complex and complicated. We cannot wait for systemic changes that will eventually result in everyone in Haiti having decent housing. Another homeless generation will be born before that occurs. Likewise, the solution cannot end with “creative housing” as a quick technical fix that skirts around the real problems of poverty.

True, homes and buildings fell because they were not built to withstand such physical seismic forces. Yet, social, political, economic and historical forces are just as physical. For instance, wood is no longer a plentiful building product in Haiti. Its flexible properties make it a logical choice for structures in seismic regions. However, Haiti’s wood products are extremely limited because first Spanish and then French colonizers fell so many trees for ships and other goods, and now peasants do the same to make charcoal. Charcoal is the primary source of cooking fuel in Haiti because the vast majority of Haitians have no electricity or money to purchase other fuels. 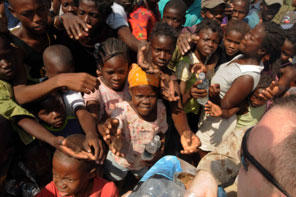 Additionally, local builders could have constructed many of the block and concrete structures that collapsed to have endured the tremors. Anyone driving through Port-au-Prince even today will notice piles of rubble that were once a house next to a fully intact and inhabited 3-story structure. Many of Haiti’s builders lack the basic understanding of building design and quality standards, and the government lacks the ability to oversee and to regulate the construction industry. Some cite corruption as the main cause of this, and while there is an element of corruption in any public institution, Haiti’s governmental shortcomings have deep historic roots.

World powers refused to honor Haiti’s independence, which was won during its 1804 liberation after years of slave revolts. It had to buy its sovereignty through reparations to France for compensation of lost land holdings (holdings gained through colonization). It took Haiti nearly a century to pay back the equivalent of billions of dollars. Instead of growing and developing with other free republics, Haiti’s growth and development was stagnant, if not degenerated. Additionally, beginning in the 20th century, the US began intervening in Haiti through the support of puppet dictators and coups. (The US most recently negotiated, for the second time, the removal of President Jean-Bertrand Aristide.) These interferences have played a key role in destabilizing Haitian governance.

If we hope to help Haiti build back better, it starts with a realization that its poverty is systemic and that we have the power and the ability to initiate and to empower real change. PIH’s response to Haiti’s food insecurity demonstrates how this shift in perspective leads to long-lasting, positive transformation. While not directly related to engineering, this response exemplifies how a systemic view of poverty leads to systemic solutions.

As little as 20 years ago, Haiti was able to produce enough food for its population. Today, this is no longer possible. Imported food entering without tariffs has played a key role in undermining the local agricultural economy. PIH has developed a four-pronged, socio-technical approach to address food insecurity within its catchments. The first is to provide ready-to-use therapeutic food to its malnourished patients. They then provide agricultural accompaniment (including tools, seeds and training) to households enabling them to grow much of their own food. Yet, they realize that deforestation and resultant soil run-off limits much of the yield. To address this constraint, PIH works with communities to plant trees and to develop alternative fuels for cooking in order to increase the possibility of sustainable reforestation. 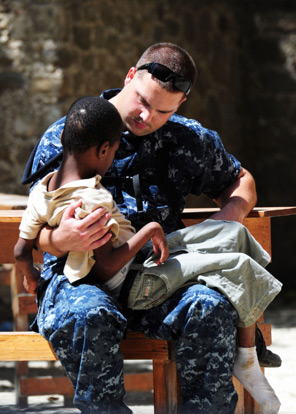 While these solutions are positive, they alone do not provide a comprehensive approach because Haiti’s food insecurity is directly related to free market legislation its government signed to secure international development loans. Haiti now imports the vast majority of its rice and other food essentials from the United States and other surrounding countries. The US Farm Bill subsidizes much of the imported rice that the US either donates or that brokers sell at very low prices. The result has been a near-absolute undercutting of the Haitian rice market and a generation’s worth of lost farming knowledge. PIH has joined the few communities and groups that have mobilized to advocate US government change in food importation in order to support the growth of local food production. It is this last effort to change the systemic forces of the problem, combined with the more immediate and local short-term solutions, that will enable Haiti to achieve food security.

So, yes, temporary housing is a vital contribution to help the millions of people left homeless from this unnatural disaster. But, we have to identify and to understand the roots of this disaster if we are ever able to stand with Haiti. Technical solutions play a role, but they must be integrated with wider ranging advocacy on social, political and economic issues. I do not have a step-by-step prescription to Haiti’s ails, but I do know that change is possible, and it starts with altering how we define the problem. Haiti’s poverty, as with all poverty, is a problem associated with unfair capitalism and political power. If we recognize poverty as being dynamic, then we can begin finding solutions that incorporate the local with the global to enable effective, long-lasting and positive transformations.