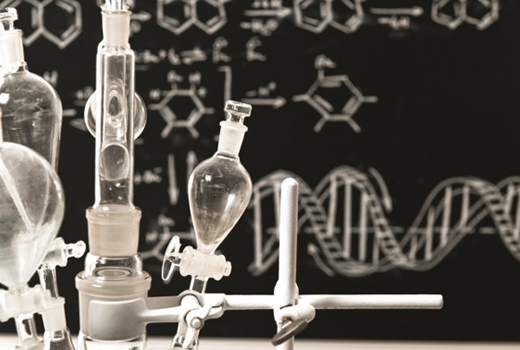 The Need to Protect the Scientific Deliberative Process

A situation has arisen involving scientists at Woods Hole Oceanographic Institution (WHOI) that should concern all those who value the principles of academic freedom and responsibility, and believe these principles to be essential to the integrity of the deliberative scientific process. June 3, 2012, the Boston Globe published an opinion piece by Drs. Christopher Reddy and Richard Camilli about WHOI’s court-ordered production of documents in the Deepwater Horizon litigation. We offer here a fuller account of these events and our view of what is at stake for WHOI, scientists in the United States and society at-large. What concerns us is the erosion of the academic freedom to “. . . remain free to inquire, to study and to evaluate. . .” without being subject to subpoena or investigation as recognized and protected by the law going back to the 1957 Supreme Court decision, Sweezy vs New Hampshire. In Sweezy, the Supreme Court stood up to protect the freedoms of academic debate, thought and lecture in holding: “Freedom to reason and freedom for disputation on the basis of observation and experiment are the necessary conditions for the advancement of scientific knowledge.” Unlike Sweezy, we are not facing the challenges of academics during the Communist red scare; however, the threat of litigation stifling scientific deliberation is real and troubling.

The Deepwater Horizon disaster, which began on April 20, 2010, killed 11 people and spilled oil at a depth of nearly one mile under the Gulf of Mexico. WHOI scientists and engineers have expertise and technology developed from their research that was applicable to this emergency. Throughout the course of the spill, nearly 100 WHOI researchers, marine crew and staff provided technical support and conducted measurements and research at the site of the spill and in the affected areas of the Gulf. Their work included measuring the flow rate and sampling the oil from the well’s failed blowout preventer, searching for and mapping a large underwater oil plume, tracking the ocean currents in the affected areas, examining the distribution and fate of dispersants underwater and assessing the effects of the spill on coastal and deep-water ecosystems. WHOI scientists and engineers continue to do important research in the Gulf in the aftermath of this spill. The Institution is immensely proud of its staff for their dedication, skill and willingness to assist in a time of national crisis.

At the request of the U.S. Coast Guard, WHOI scientists Camilli and Reddy led operations using WHOI-developed technology to measure the rate at which fluids flowed out of the damaged well and to obtain a direct sample of the well’s fluids. Subsequently, these researchers and their colleagues, largely on their own time, analyzed the data they collected and published two peer-reviewed studies in Proceedings of the National Academy of Sciences.1,2 They determined a flow rate of 57,000 barrels of oil per day, which was used to calculate a total release of approximately 4.9 million barrels.

In December 2011, WHOI was subpoenaed by lawyers representing BP in response to lawsuits brought against the oil company by the U.S. government, fishermen, workers and residents injured by the Deepwater Horizon disaster. It is important to note that WHOI is not a party to the lawsuit. BP claimed in its subpoena that it needed information to better understand scientific findings by Camilli, Reddy and others related to the flow rate measurements they made at the Macondo well. Cleanwater Act violation fines that will be levied on BP may be based in great measure on the amount of oil released; therefore, billions of dollars are at stake. 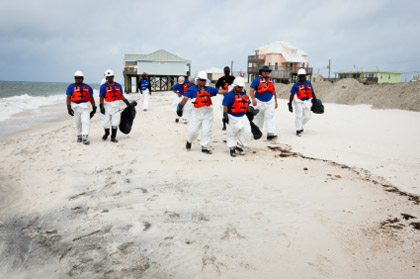 © iStockphoto.com/MivPiv|
Dauphin Island, Ala., U.S., May, 12 2010: Men looking for tar balls on the beach after the Deepwater Horizon oil spill.

As was stated in the Globe op-ed, WHOI turned over everything BP would need to analyze and confirm or refute the findings. However, BP demanded more – the scientists’ email communications, notes and manuscript drafts: “. . . any transmission or exchange of any information, whether orally or in writing, including without limitation any conversation or discussion . . .” concerning the research. WHOI, through our lawyers at Goodwin Procter, challenged this demand, but on April 20, 2012, the magistrate judge ordered the Institution to produce the vast majority of its deliberative work. On June 1, 2012, WHOI turned over the last of more than 3,500 emails and associated documents to BP.

This case raises issues that go far beyond our institution and BP. Despite earlier Supreme Court recognition of the importance of the deliberative scientific process, there remains inadequate legislation and legal precedent to shield researchers and institutions who are not parties to litigation from having to surrender pre-publication materials, including deliberative emails and notes, manuscript drafts, reviewers’ comments and other private correspondence. This situation leaves scientists and institutions vulnerable to litigants who could disregard context and use the material inappropriately and inaccurately in an effort to discredit their work. In addition, there is no guarantee that the costs, both time and material, incurred by an institution in response to court-mandated requests will be reimbursed by the litigants.

While transparency to provide adequate information to reproduce scientific results is an important principle, this situation poses a serious danger to the scientific process. It threatens to facilitate misinterpretation of scientific findings by highlighting preliminary evaluations and opinions, conflating facts with assumptions and implying conclusions without a valid scientific process or review. Even worse, pulling academics and researchers into litigation they are not a party to will have a chilling effect on how science is conducted. The essence of the scientific process is rigorous deliberation in which scientists examine, question, test, reject and modify ideas as they work toward a verifiable conclusion. Without adequate legal protection, researchers and their institutions may reasonably fear that their deliberative process can be attacked and their intellectual property exposed, or that they will become entrained in litigation to which they are not parties and where they are unlikely to derive any benefit. As a consequence, scientists may feel forced to curtail, censor or avoid the normal deliberative process. In future emergencies, particularly those that might give rise to litigation, researchers may be more reluctant to volunteer expertise and technology.

Academic research catalyzes innovation that stimulates our economy and enhances our quality of life. But history has proven time and again that academic institutions also supply invaluable qualities in responding to crises ranging from national security to public health. These qualities include capabilities based on knowledge and technology derived from decades of innovative research, together with a willingness to bring these skills to bear rapidly in emergency situations. Standards of academic research also include a commitment to unbiased and objective research, and both thoroughness in the collection and analysis of data, and prudence in observing strict standards of quality and peer review. Ironically, some of these very qualities that drew scientists into the response effort will suffer as the deliberative process is eroded.

We urge professional scientific and higher education organizations, legal advocates, legislators, citizens and businesses to examine these issues and support the establishment of adequate protections for researchers and their institutions. Such safeguards will help ensure the freedom of the nation’s scientific enterprise, thus assuring its continued success in fostering innovation and economic growth and in responding to societal needs and crises.