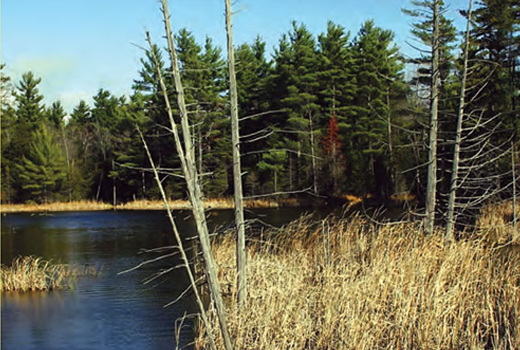 The Political Science of Water Resources

Water issues are constantly in the news – too much in some areas and too little in others – with water quality a critical subject around the world. In all cases the challenge to local, state and national authorities is what to do when the severity and frequency of weather-driven events is increasing in conjunction with the vulnerability of people crowding into coastal, floodplain and semi-arid zones. In addition, officials face the uphill battle of an aging infrastructure and archaic policies rooted in the past.

U.S. leaders critically examined water resources strategy and policies over half a century ago. The Harvard Water Project brought together these individuals from diverse settings to examine and to apply lessons learned from water resources development over the first half of the 20th century as well as to evaluate emerging concepts for operations research and systems analysis. This foundation for new initiatives, including sophisticated computer simulation and multi-objective economic analysis and benefits, spawned new protocols and practices for water resources planning. While they served the world well, these policies are no longer adequate to deal with today’s more complex water and political environments or the uncertainties of the future.

Almost any water resource program or project must be effectively multi-purpose. Water quantity and quality are inseparable; while too much and too little water may be at opposite ends of the spectrum, our water policies and infrastructure must deal with both. And for all aspects of water resources, the scale of consideration must go beyond that of any specific water management issue at hand. Understanding basin-wide ramifications of actions planned or taken at any point within a basin is a critical part of sustainable solutions. Criteria for success or justification for action must go beyond traditional economic benefits to incorporate life-safety, indirect economic, environmental, social and cultural measures.

Public officials must also deal with a continuum of change. Climate, conveniently assumed to be stationary in the past, now is recognized as dynamic and as the driver of significant change in water regimes. Infrastructure, usually intended to deal with a relatively stable requirement for its design life, is often challenged with changing water regimes and transitioning operational and functional requirements. Each alteration can put a larger population at risk, compromise the adequacy of existing infrastructure and create a dilemma for both the people exposed to a new type or level of vulnerability as well as for a political system that does not deal well with change. The bottom line is more risk, yet “risk” is not prominent in our current policy vocabulary.

Within the United States, defining responsibilities and authorities exposes many ambiguities. Most water initiatives transcend local political boundaries, where multiple jurisdictions and divided authorities already complicate decision-making. Add state, regional and federal entities, as well as private stakeholders, into the mix; and the complexity can be daunting. Priorities and authorities often conflict because of the local desire for development and the federal focus on protection. Yet all have a valid, important role in determining solutions that will stand the test of time. As a result, the focus has been far too oriented toward short-term solutions, project by project, largely because America’s political system is aligned to geopolitical boundaries and to the election cycle rather than to the hydrologic boundaries and infrastructure life cycles.

Time is also a big factor. With major public water resources infrastructure, the feasibility, planning, design and construction can all happen under different political regimes – local, state and federal. For example, the New Orleans’ hurricane protection system, which was initiated in the late 1950s, remained incomplete in 2005, when Katrina struck. Over approximately five decades the hazard had changed (more frequent and more severe storms); the approach for protection had changed; the potential consequences of flooding had changed; and the nation had ten different presidents.

Initially federal funding provided the resources for major water projects in areas of national interest. During the past century, however, the U.S. government introduced local/federal cost-sharing to ensure local involvement and commitment to major projects. This process has inadvertently diminished the ability to achieve long-term systems solutions because it is impacted by a local community’s immediate and priority interests, as well as its financial resources. 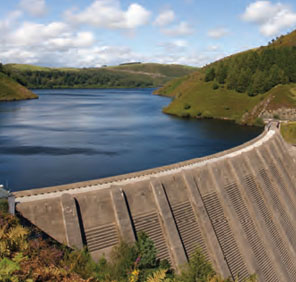 America has inconsistent national standards and policies by which we formulate, justify and develop water initiatives. Water quality, supply, navigation and flood protection are governed by separate distinct policies and standards. Even within a particular domain, such as flood protection, multiple approaches prevail. Dam safety minimizes the risk of loss of life; levees are designed to reduce economic damage. Until New Orleans, public safety was not in the equation. With levees the target standard is frequently “100-year protection.” This policy, which has a 1 percent chance of occurring or being exceeded each year and which is used in the National Flood Insurance Program, leaves a home owner with a one-in-four chance of being flooded over the life of a 30-year mortgage. As a result, structures are often designed to perform to a specific level with little resilience to larger events. In New Orleans that led to massive breaching of levees that had performed well until they were over topped and eroded by cascading waters. Why not resilience? Some would say “increased cost” while others would say “it goes beyond the protection authorized.” Neither reason seems warranted after catastrophic breaching and flooding have occurred.

In addition, sustainability is also a major goal that is not explicitly in current policy. One critical sustainable imperative would be to regain the social and environmental benefits of floodplains and coastal marshes. Besides being critical ecosystems, both provide significant benefits in managing water quality and water quantity. However, reversing trends that have created the current crisis will not be easy; there is no quick fix. The Dutch have demonstrated their resolve through their “room for the rivers” initiative; and, in the United States, efforts like the Coastal Louisiana and the Louisiana Coastal Protection and Restoration projects are positive but still in the thinking stage.

So where do we stand? In the 21st century the world is making do with politics and policies that were better-suited for the slower pace and financial situation of the mid-1900s. Today’s complex issues need better system-wide consideration, more effective integration and collaboration (both vertically and horizontally) as well as the agility to adapt to changes that are clearly present but, as yet, not well-quantified. In many instances our situational awareness is spotty and incomplete, which makes it difficult to develop a coherent long-term strategy. Fortunately, change is happening. In the United States California’s leaders are dealing with their major water issues by turning the usual top-down hierarchy at least on its side.

It is no longer affordable or practical to have a national water strategy that is, in essence, a compilation of projects addressing local priorities. It is imperative that America’s leadership make investments that will stand the test of time and not pass the big issues on to future generations. For that we need a new strategy backed by enabling policies. The recently passed Water Resources Development Act, our de facto national water policy, reflects positive direction. It charges officials to avoid unwise use of flood plains and flood-prone areas, recommends a risk analysis approach to planning and calls for the use of life and safety as well as economic benefits in evaluating projects. These ingredients are essential for more effective policies. If we can turn these words into actions, we will all live better.