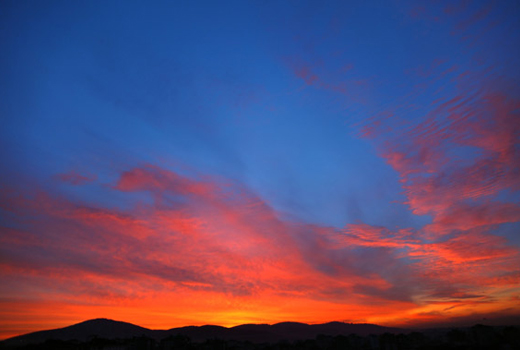 “I shall not commit the fashionable stupidity of regarding everything I cannot explain as a fraud. – C.G. Jung

Leading thinkers in the natural sciences no longer subscribe to a classical, reductionist scientific paradigm, typified by Descartes and Newton: the search for ever smaller elements of nature, their causal links, the ‘natural laws’ that define them and the aim of excluding from science everything that does not allow itself to be assimilated in this fashion. Presently, natural science also encompasses that which is unique and irreversible. A holistic point of view allows for new perspectives, such as that of the self-organization of complex systems. Here comes into play the dimension of spontaneous occurrences, of the unpredictable and of that which is living. As Jung realized decades ago, human existence and its psychodynamics does not reveal itself to a causalistic, reductive way of thinking alone. Life’s goal-oriented processes, in all of their spontaneity and uniqueness, require a holistic point of view, the C.G. Jung Institut, Zurich.

According to the American Society for Psychical Research (ASPR), the extraordinary or as yet unexplained phenomena known as “psychic” or “paranormal” has vast implications for man’s understanding of consciousness, the universe and the nature of existence. “How is mind related to matter, energy, space and time? In what unexplained ways do we interconnect with the universe and each other?” Since 1885 ASPR has attempted to answer these “profoundly important and far-reaching questions” by a distinguished group of scholars and scientists, such as Sigmund Freud; C.G. Jung; renowned Harvard psychologist and Professor of Philosophy, William James; Xerox inventor Chester Carlson and quantum physicist David Bohm – all of whom have been ASPR members or honorary members.

In fact, the first society to conduct “organized scholarly research into human experiences that challenge contemporary scientific models” was the United Kingdom’s (UK) Society for Psychical Research (SPR), established in 1882. SPR past presidents include world-renowned scientists and Nobel Prize winners and, interestingly, national and international security notables, such as Arthur James Balfour, UK Prime Minister from 1902 to 1905 and Foreign Secretary from 1916 to 1919. Balfour may be best known for the Balfour Declaration of 1917, which supported the establishment of a Jewish homeland in Palestine. Other SPR past presidents and defense luminaries include: Gilbert Murray, classical scholar, Fellow of New College, Oxford and founder of the League of Nations; Guy William Lambert, British civil servant and Assistant Under-Secretary of State for War (1938 to 1951); and Donald J. West,psychologist and criminologist, former Director of the Institute of Criminology, Professor of Clinical Criminology at Cambridge, Fellow of Darwin College, Cambridge.

So, it may not be far-fetched to understand how psychic energy and psychic predictions can be linked to global health and international security, especially given Jung’s theory of the collective unconscious. “. . . in addition to our immediate consciousness, which is of a thoroughly personal nature and which we believe to be the only empirical psyche, there exists a second psychic system of a collective, universal and impersonal nature, which is identical in all individuals. 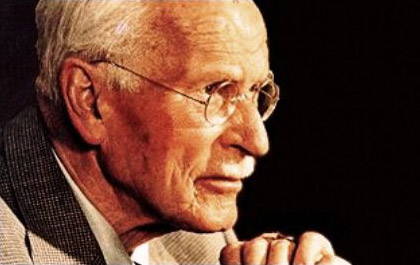 This collective unconscious does not develop individually but is inherited,” wrote Jung in his book, The Archetypes and the Collective Unconscious.

Jung’s student, the well-known psychologist Mary Esther Harding, wrote in her book, Psychic Energy: Its Source and its Transformation: “So long as the religious and social forms are able to contain and, in some measure, to satisfy the inner and outer life needs of the individuals who make up a community, the instinctive forces lie dormant, and for the most part we forget their very existence. Yet at times they awaken from their slumber, and then the noise and tumult of their elemental struggle break in upon our ordered lives and rouse us rudely from our dreams of peace and contentment. Nevertheless, we try to blind ourselves to the evidence of their untamed power and delude ourselves into believing that man’s rational mind has conquered not only the world of nature around him but also the world of natural, instinctive life within.

“For the most part, we continue to hope that we will be able to reassert the ascendancy of reasonable, conscious control without any very radical concomitant change in man himself. It is, of course, obviously easier to assume that the problem lies outside of one’s own psyche than to undertake responsibility for that which lurks within oneself. But, are we justified in taking this attitude? Can we be so sure that the instinctive forces that caused the dynamic upheavals . . . are really limited by geographical or racial boundaries to the people of other nations? May they not, like the monsters of the deep, have access to all oceans? In other words, is ‘our sea’ – the unconscious as we participate in it – exempt from such upheavals?”

Those words regarding psychic energy and conflict are just as relevant today as they were in the 1940s during WWII when Harding wrote them. In continuing fashion, some, like Australian psychic Wendy Edwards, see far-reaching global health and international security changes on the horizon that may be linked to Jung’s collective unconscious. Her predictions portend the coming of a new world order not only for the nations of the world and their militaries but also for Earth itself.

“In the past, militaries and their nations have used their power to overpower people – to disempower them. Now I feel that, in the 21st Century, the militaries, their nations, and even internal conflicts, are all about empowering people. And, that’s like a healing,” explains Edwards. Militaries are going to continue to “become more humanitarian,” according to the psychic, “by helping people step-up into their own power in their own countries. It seems to me that militaries have been tweaked, and they’re like the angels of the world. They’re going into countries – and maybe they have to be armed at times – mostly to try to make it better for people. We’re clearing out our aura and, in the process, we’re trying to clear the world, which is why all over the world we’re seeing environmental change. The ‘bad’ things are actually bringing people together.”

Edwards maintains that, from a psychic-spiritual point of view, in January 2012 a new vibration came in, so now the Earth in vibrating at a higher level. This has affected every being on the planet. “What’s happening is that everyone’s consciousness is shifting up. Even though people may not be aware of it, we’re all vibrating higher because the Earth’s vibration is higher. So, we’re going to aspire to higher ideals. We’re now coming more from a soul-level, which means we’re looking at things from a soul point of view. As a result, America is going through a huge change, which is symbolic of the change all over the world,” says Edwards.

More earthquakes, tidal waves, storms and flooding have occurred and will continue to occur because the Earth is “clearing” itself – doing a “big clean-up.” Money is breaking down so humanity can “do things” in a new way. 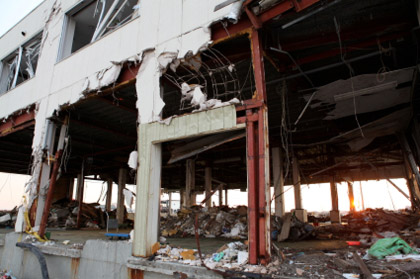 The Australian psychic maintains that “many things are breaking down and a lot of people are getting very nervous about it. But, actually, it’s a good thing because until things break down nothing can be built back up to something different, something better. More strife will cause people to work in the collective. The collective goal is frequently higher than the individual goal. Many people have come down now to do service work, so there are lots of people here to help with the changes. The changes will cause us to take care of the things that are really important – our families and then, ultimately, the world. We’re waking up and saying, ‘Wait a minute, we may need to do things a bit differently now.’”

Edwards wrote her books to help people see things from a different perspective and to help them be open to change. Clearly, if the world is going to change, humans will have to learn to change with it. As an example, the military is working to make the shift to connect to the hearts and minds of people – to understand the culture of those from other nations, to understand what works and to understand what empowers them. Edwards says, “We’re all on the same page; some of us are just not wearing uniforms. Coming from a good place usually influences other people, which is why I feel all nations will come together.”

Regarding global health, the Australian psychic maintains that people are having more nervous and emotional diseases because of pesticides, chemicals and medications. She is also concerned about the electromagnetic field that most people are currently living in. “I am particularly concerned for those people who have weakened auras. They’re going to be more affected. Just living in an electromagnetic world affects your body because humans vibrate within their own energy field. From doing healing, working on chakras and the aura, I’ve learned that people are very sensitive to emotions and to artificially induced electromagnetic fields. That’s one reason why they walk in parks and spend time in nature; that’s where they can heal their aura. People instinctively know nature is a healing environment.

“Some people have stronger auras while others have weaker auras, so they’re more sensitive. Being sensitive has its good points because you’re more intuitive, more connected to nature. But the negative side is that you’re going to pick up more negative feelings and more negative things from food. The bottom line is that the more sensitive you are to good things, the more sensitive you are to bad things as well. You can’t have one without the other. I think sensitivity is a gift, but with it you have to take better care of yourself. And, as we’re all vibrating higher we’ll all become more sensitive. We need to protect and take care of our auras because it’s all of who we are and it’s all of how we feel,” explains Edwards.

The psychic believes that everyone on Earth is here to help and to love others – to help empower our fellow man. Ultimately, believes Edwards, the world is heading toward less war and more negotiation. If people encompass the needs of others and try to understand one another better, they will be more likely to have successful negotiations. “I believe the U.S. is going to become significantly less powerful in the future, but that’s a good thing because her job has been to empower others so they can become self-sufficient,” explains Edwards. “A good mother, as symbolized by the Statue of Liberty, empowers others and helps them make their own decisions. I think that’s what America has been for a long time. But, now it’s time to let others become independent so they can make their own way in the world.”

“Learn theory as well as you can, but then put it aside when you come into contact with the marvels of the living soul.”