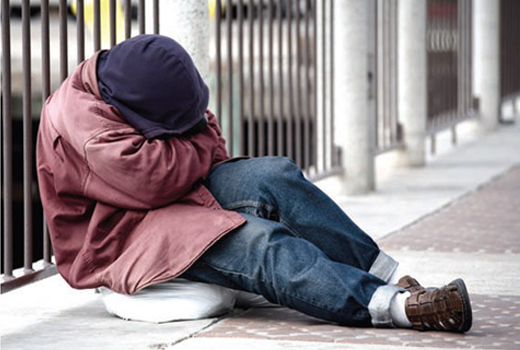 The United States of America is, undoubtedly, one of the wealthiest industrialized nations in the world. Yet, despite its affluence, millions of Americans live in poverty. At the beginning of the 21st Century, the national poverty rate was 11.7 percent because 32.9 million people were impoverished. What’s more, recent data (U.S. Census, 2008) illustrate that the number of people living at or below the poverty line has slowly and consistently increased to 13.2 percent, or 39.8 million – 1 in 7 people.

Poverty is not a new social phenomenon. It has certainly been part of America’s history with continuous debates and controversies surrounding its origins. Conservative intellectuals and politicians have argued unequivocally that poverty is a result of poor people’s indolence and intemperance (Katz, 1986). Liberals, on the other hand, have consistently contended that structural impediments have contributed immensely to Americans’ living impoverished. For instance, liberals have argued and provided data illustrating that children, older people, handicapped Americans and people of color have consistently and historically encountered structural obstacles, which have ultimately forced them to suffer from poverty disproportionately in the U.S.

The same assumptions hold true for the aforementioned groups today, who continue to be impoverished. For example, as of 2008, the African American poverty rate was 24.5 percent, which was almost double the national rate. Moreover, scholars and politicians continue to have divergent views regarding its origins. Lawrence Mead (1994), a conservative educator, has argued that long-term poverty is a result of poor people’s lifestyles and that members of poor families are impoverished because they lack a strong work ethic. To be more specific, Mead asserted, “Poverty may be due, not so much to a lack of opportunity, as to a lack of enforcement of social norms as the work ethic.”

William Julius Wilson, on the other hand, has argued that inner-city blacks do not have an opportunity to work largely because American jobs disappeared from the inner city and reappeared in surrounding suburban areas or foreign countries. These notions were confirmed by Judith Russell. In Economics, Bureaucracy, and Race: How Keynesians Misguided the War on Poverty, she writes, “In the two decades from 1967 to 1987, New York City and Chicago alone lost more than 825,000 manufacturing jobs, and this pattern was repeated over the industrial Northeast and Midwest.”

Despite on which side one falls regarding the origins of poverty, this social phenomenon is certainly having an adverse effect on society. And it affects every American citizen. Poverty has contributed to criminal activities in the inner city as well as to poor health care, inefficient educational facilities, dependency on Temporary Aid to Needy Families (TANF) and expansion in the prison population. Each of these social issues, whether directly or indirectly, has an impact on the American taxpayer. Because climate change is a major issue and industries are being created as a result thereof, now is the time for policy makers to work together to eradicate poverty by funding initiatives that would help poor people gain the human capital required to compete in the green economy.