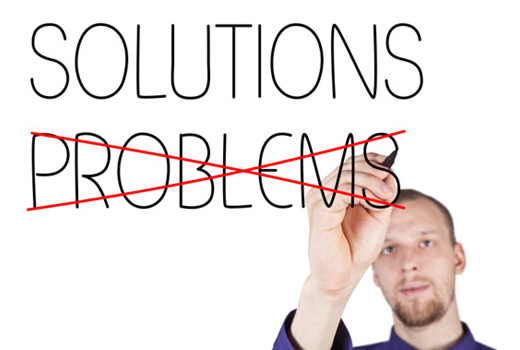 Water & the Economy: Moving Toward a More Secure Nation

What do water and the economy have to do with national security? Clearly, water is a component of natural capital, which serves a function for its value to humans. But, it is also a necessary component for other natural capital elements, such as wetlands, rivers and forests. In addition, we need to recognize that a strong economy is fundamental to national security. The most dangerous enemy is the one within, and a weak or failing economy introduces numerous weak points in national security. With this in mind, Growing Blue (www.growingblue.com) hosted a gathering of experts in September 2012 to discuss the interplay of water and the economy. The premise behind the discussion was the topic of the economics of water and, more importantly, of economics and water as these two concepts are inextricably linked.

The discussion touched on a variety of aspects, including ecosystem services, water financing, the energy-water nexus, assessing water risk, and water and cities. Several interesting themes emerged that are relevant to the topic of natural capital and national security. First is that water is so fundamental to so many aspects of society that stressed supplies would lead to catastrophic impacts to the economy, which can destabilize national security.

According to Mark Smith of The Nature Conservancy, “The lack of adequate investment in water means we aren’t protecting the basic infrastructure – both built and natural – needed to sustain this valuable resource. We don’t sufficiently invest in pumps, pipes and treatments plants that deliver clean water and dispose of wastewater.

For example, industry is highly dependent on water, and the economy is highly dependent on the success of industry. A recent survey of leaders at the 2012 World Economic Forum revealed that, for the first time, water-related risks are among the top five concerns when considering the likelihood and impact of all major global risks. Only the impact of a major, systemic financial failure concerns them more. Water is now a greater concern than volatility of energy supplies, food shortages or even terrorism. These risks generally fit in the category of disruptions to business due to loss or restricted access to water. Resulting shutdowns, relocations of facilities and related company financial value and workforces could be very disruptive to the economy. We have seen in these past years that a disrupted economy has adverse impacts on jobs, stocks and individual finances. 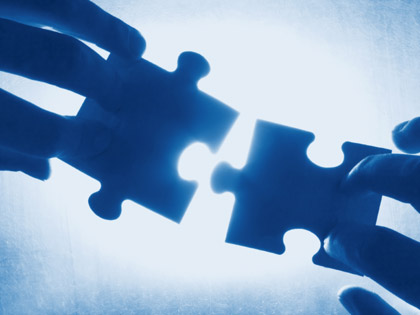 But water related risks can hit much closer to home and day-to-day life. Failing infrastructure, weather-related scarcity or shortages or, ironically, water excesses from storms can be immensely disruptive to society. Recent natural disasters, such as the droughts that damaged crops and the Sandy storm-related damages, show how water-related problems can challenge our national security by disrupting the economy.

America has the good fortune of being relatively self-sufficient in terms of food, and we actually provide food to many other parts of the world. We know water is fundamental to food production – from irrigation of farm fields to processing and preserving food products. Compromises to food production due to water-related problems can indeed be catastrophic to national security.

One other point worth noting is the connection between energy and water. Energy has long been considered a key factor in national security. Many note that energy independence is fundamental to a secure nation. But, energy and water are closely linked. It takes water to generate energy, and it takes energy to treat and to deliver water. Without one, the other is severely compromised. In the United States, nearly one-half of freshwater withdrawals are for cooling of thermoelectric power plants. Conversely, it can take several thousand kilowatt hours of energy per million gallons of water. Hence, if energy independence is crucial for national security, then water stability must be equally secure.

In summary, those who are now paying attention see that in less than 40 years, 45 percent of the global economy and more than one-half of the world’s population will be located in areas with severe water shortages, if we do not adopt sustainable water practices. The surveyed economists, experts and business leaders clearly understand that water resources are directly connected not only to human health, food and quality of the environment but also to the sustainability and health of our economies.

“... in less than 40 years, 45 percent of the global economy and more than one-half of the world’s population will be located in areas with severe water shortages...”
So far, we have painted a rather bleak, doomsday picture of the role of water in the natural ecosystem and its potential impact on national security. But all is not bad. In reality, this connection between water and national security presents many opportunities. Major cities have become the planet’s main social and economic centers. Competition between them to attract investment and talent is increasing. A good quality infrastructure, living environment and sustained reliability of water supply is becoming a critical differentiating factor as people become more demanding. Industry leaders will direct their investments where water risk is best mitigated. In this context, water also emerges as a new opportunity for economic development.

A national water strategy that strives to encourage water efficiency, water reuse and protection of the ecosystem services’ value of water will lead to more manageable risks. Raising awareness of the nexus between water and energy, and between water and food, will help ensure that water is not forgotten when determining energy and agricultural policy and practices. Finally, recognizing the true value of water, such that water pricing is more realistic and consistent with what water delivery actually costs, will lead to more resources to secure our aging infrastructure.

Ironically, one fundamental, cross-cutting reason why water is a potential risk to national security is that it is, essentially, too inexpensive. So, it is incumbent upon all of us, regardless of where we fit into the global water picture, to do what we can to manage this resource sustainably. The result will be healthy and secure ecosystems, societies and economies. And, this goes a long way to ensure a secure and sovereign nation.