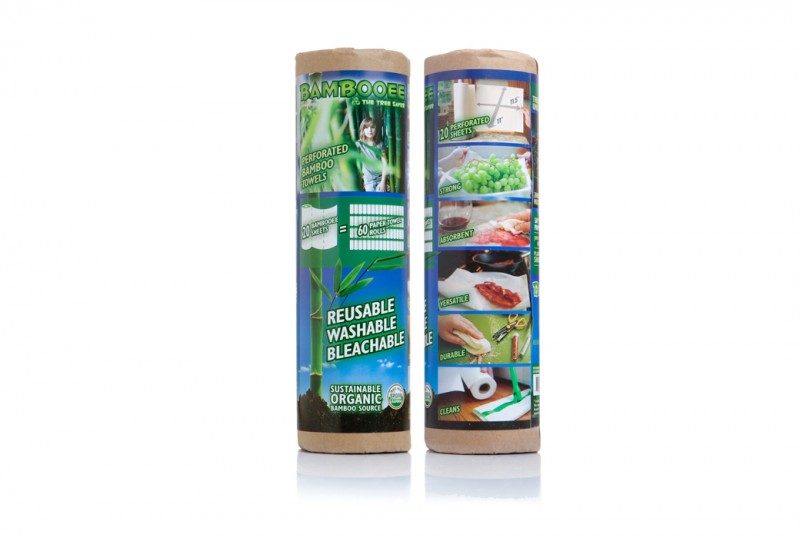 by admin August 19, 2013 Comments Off on New Bamboo Towels Capable of Eliminating 98% of Paper Towel Waste 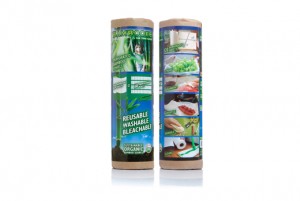 Greening ones home while preserving the earth’s natural resources just got a whole lot easier with Bambooee Reusable Towels. Bambooee makes joining the anti-paper revolution by boycotting paper towels super easy by providing a certified organic, reusable alternative. It’s easy to make the switch. Made of earth-friendly bamboo, Bambooee perforated towels hang on any standard paper towel dispenser without hanging the environment out to dry like regular paper towels do.

Unlike the trees from which traditional paper towels are made, Bambooee is fabricated from the world’s fastest-growing plant, bamboo, which requires no fertilizers, pesticides or insecticides. Indeed, it is harvested using sustainable and green practices that allow the bamboo to continue to grow.

Bambooee’s eco-friendly benefits don’t stop there, though. Because it can be machine washed and reused 50 times or more, one roll of Bambooee replaces 120 rolls of the average paper towel. In the process, it reduces waste as well as the carbon footprint humans leave behind. Given that 3,000 tons of paper towel waste is produced each and every day, if every human being on the planet were to switch to Bambooee, over one million tons of such waste could be eliminated every year. Bambooee is also certified organic and biodegradable.

Those making the switch to Bambooee, however, need not worry that their earth-friendly concession will result in inferior quality and results. In fact, the product is stronger, more durable and more absorbent than the paper towels they’re used to using.

Bambooee is available at retailers including Whole Foods and Williams Sonoma throughout the United States and Canada and online at www.Bambooee.com. Retail price for one roll is $12.99 or two rolls for $20.99.